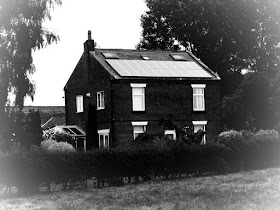 I have included the Boatman's Arms in this blog, as whilst it's officially in Blackrod it is only just over the border from Adlington and the canal and railway played such an important role in the local history.
Today it is a private residence as shown the photos on this blog.  I don't know when the business closed at this time.
The Boatman's Arms was placed between the Leeds-Liverpool canal and the railway line in an area (hamlet) known as Aberdeen that also had a farm, cottage and bridge (over the canal). 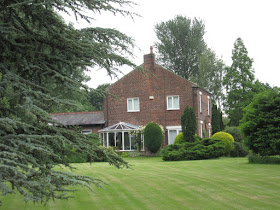 Long time landlord at the Boatman's Arms Pierce Broomhead died in 1890, as the burial record from St David's below records.  Interestingly, his residence at the time was recorded as Adlington and as his widow Nancy was still at the beer house a year later it goes to show how close to the border the property was.

Geocaching Website
At the cache site you will see a house poking through the trees which is adjacent to the canal. This house was once the Boatman's Arms pub. Many a thirsty barge worker must have stopped here for a quick pint. What a great little stop it must have been. In 1902 the landlord of the Boatman's was a Mr Roger Biggins. He was an important member of the community and his family had their own pew at St Katharine's church in Blackrod. What is rather ironic is that his son John despite living in a pub was a member of "Blackrod Church of England Temperance Society". Members of this club had to sign a certificate which stated, "I hereby agree to GOD's help to abstain from all intoxicating drinks and beverages"! 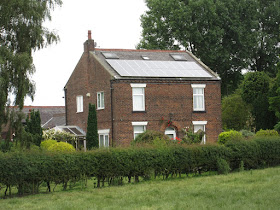