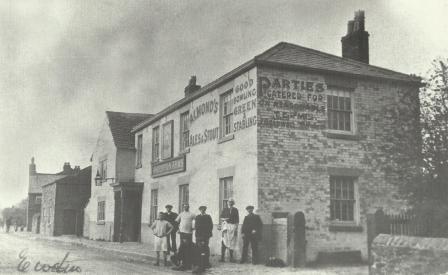 The Red Lion Inn was a 17th Century coaching inn, which only later carried the arms of the Anderton family who lived in nearby Euxton Hall and was located next to the old police station on the main thoroughfare through the village.  The original building from the 17th century is the section with the gable end fronting the road on the picture above; the building was extended at some later time, probably around the 1860's when it was bought by William Ince Anderton Esq. 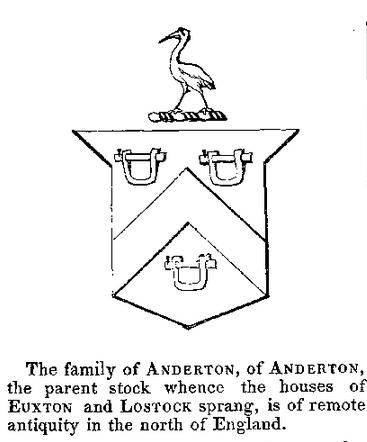 There is some confusion whether the Red Lion Inn and Anderton Arms were separate premises but this is not the case. Prior to 1871 the Inn was recorded as the Red Lion, situated next door to the school house of the National School.  It was known as the Red Lion Inn until the mid-1860's before charging its name to the Anderton Arms and this is supported by the fact that John Pearson, the listed landlord in 1861 at the Red Lion was then the landlord at the Anderton Arms in 1871.  There are also no other licensed premises recorded on census records on that stretch of main road through Euxton to suggest there were ever two separate buildings. 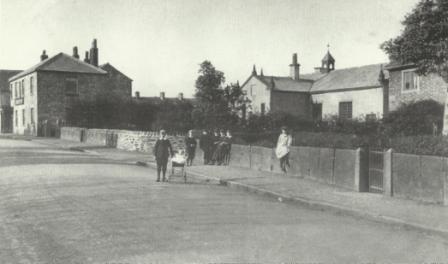 
The above article confirms that the Red Lion Inn, formerly the property of James Longworth Esq. was sold by auction after his death together with rest of the manor of Euxton including the Millwrights' Arms Inn, situated at the Pincock Mill end of the village.


The manor of EUXTON, assessed at two plough-lands, was a member of the barony of Penwortham, and land was early granted out to a number of tenants. The abbey of Evesham had 2 oxgangs of land there. In 1212 it was found that Roger de Lacy had granted the service of the two plough-lands in Euxton to Robert Bussel, together with other lands in Longton and Leyland, the service for the whole being that of the tenth part of a knight's fee. Thirty years later Robert Bussel, no doubt the same person, held it of the fee of the Earl of Lincoln, who held of Earl de Ferrers. Shortly after this, however, Adam de Holland is found to be the most important personage in the place; he is supposed to have married a daughter and co-heir of Bussel. Certain it is that the holding was divided, Longton and Leyland going to the Walton and Farington families, while Euxton remained with the Hollands and their heirs. In 1302 the tenth of a knight's fee was held by John de Farington and others.
Adam de Holland was succeeded by his son Robert, and he by William de Holland, his son. In 1301 the king granted Robert 'de Euxton' (Holland of Euxton) a charter for a market every week on Tuesday, and a fair every year on the feast of St. Barnabas; also for free warren in his demesne lands of Euxton. Here as in many other places Thomas Earl of Lancaster created a mesne manor in favour of Sir Robert de Holland, which was forfeited after the rebellion of 1322. Thus in 1323 it was found that William de Holland had died holding certain lands, &c., in Euxton of Robert de Holland, which were then in the king's hands by reason of the forfeiture; the manor, demesne lands, and watermill were held of the king as of the fee of Penwortham in socage by suit at the six weeks' court at Lancaster and at the three weeks' court of the wapentake, and by a rent of 1lb. of cummin. Other lands were held of the master of the Hospital of St. John of Jerusalem in England by a rent of 6s. 2d. Robert, his son and heir, was eleven years of age.


Robert de Holland was succeeded by William, probably his brother, but ultimately by Joan the daughter of Robert. She married William de Molyneux (who died in 1358), son of the lord of Sefton, their son Sir William de Molyneux succeeding to Euxton, in which his widow Agnes had dower after his death in 1372. Down to 1729 the manor remained in the Molyneux family, but was then sold, with lands in the township, and disappears from the records for nearly a century. It is stated to have been acquired by James Longworth of Liverpool, whose descendants afterwards sold it to William Ince Anderton of Euxton, in whose family it has remained till the present time (1911).


Whilst it appears to have been purchased at the end of 1860 the 1861 census (and indeed some later press cuttings) still refer to the pub as the Red Lion Inn. It is quite interesting that William Anderton chose to rename the pub the Anderton Arms in the mid-1860's, as this coincides with the building of the new St. Mary's RC Church (opened in 1865), subject of much debate between Andertons and the priesthood; from 1865 it was the first public catholic church in Euxton, previous worship having taken place in the Anderton's private chapel at Euxton Hall.  The Red Lion Inn is situated directly opposite the new church and I wonder whether he wished this to serve as a reminder of his importance locally to the clergy in changing the name of the pub at this time.

This confirms the earlier transfer of the Red Lion to William Ince Anderton Esq. at auction in 1860. 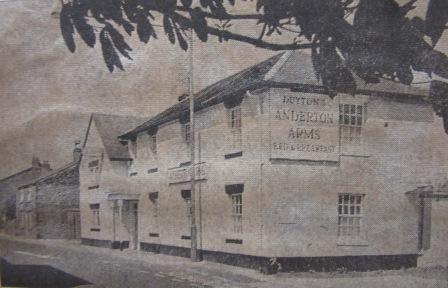 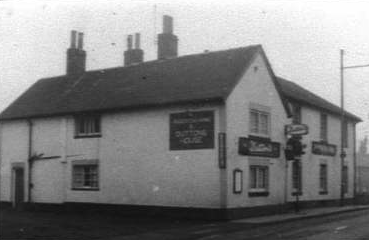 Since 1987 it has been used as an Italian restaurant called Papa Luigi's.