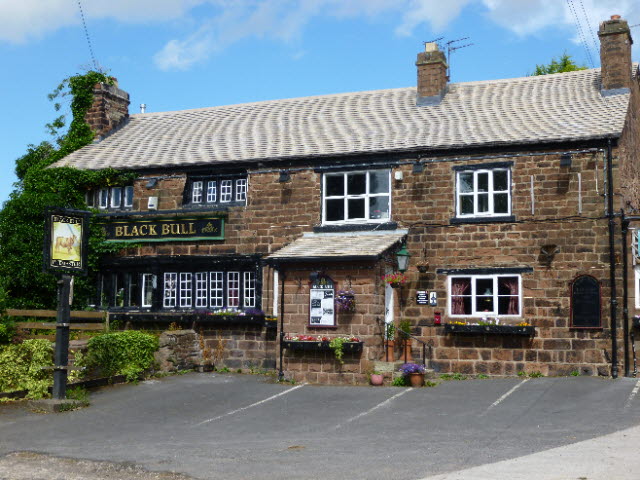 The Black Bull is reported to have been open since the 1580's and is situated on Hall Lane in Mawdesley, a part of the village known as "The City". Sadly, since 2013 it has been closed. The following extract about Mawdesley is taken from the village website Mawdesley Village.

The name Mawdesley is thought to have originated in the reign of Edward the First (1272 - 1308) with the use of the suffix 'ley' signifying a field, meadow or clearing - evidence of the village's rural origins. Discoveries of flints and stone implements indicate early settlements in the area and at the time of the Norman conquest, small hamlets and scattered farms typified the then settlement patterns of Lancashire. Records show that a Manor existed in 1250 AD on the site of the present Mawdesley Hall.

Mawdesley Hall itself stands in a commanding position on a sandstone outcrop. The black and white timber framed building dates back to the early 17th century when William Mawdesley lived there. The central hall is Tudor and some of the inner walls are made from wattle and daub. The south wing is of local red sandstone whilst the north wing is built of hand made bricks made at the old Bluestone Lane brickworks. The stone stairway leading up from the road was built about 1613.

Close by the Hall is City Farm and City Cottage, parts of the red sandstone farmhouse are believed to have been built in 1591; certainly there is a stone bearing this date on the wall. The low roofed black and white cottage was built in 1623; it is timber framed with wattle and daub walls. The Black Bull Inn was built in the 1580's, the windows to the left of the entrance have been blocked off and 'windows' painted on, this was probably a consequence of the window tax which was levied between the late 17th and the mid 19th centuries. Manor courts were held here at the end of the 17th century.

The pub's nickname is "Hell" or "Hell Hob" reputed to be named after the extremely large fire or Hob that was in one of the rooms when the Landlady was called Helen, hence Hell's Hob".  The original poker was mounted on the wall alongside a more modest fireplace added later....that's one theory anyway but it wasn't until the 19th century that it eventually changed its name to the Black Bull. 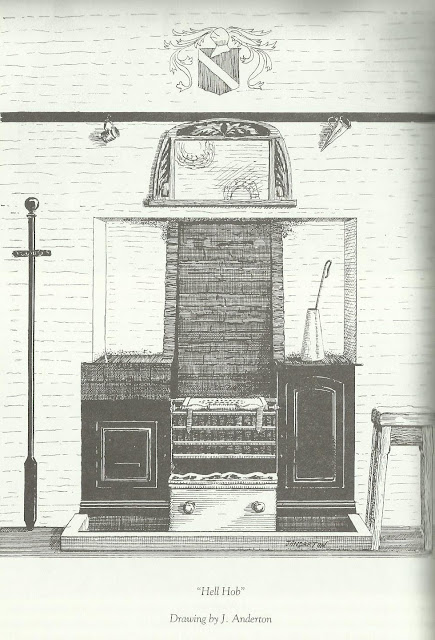 The below extract from the 1825 Directory and Gazeteer of the Pallatine of Lancaster shows the earliest landlord I can find, who was William Wilding. 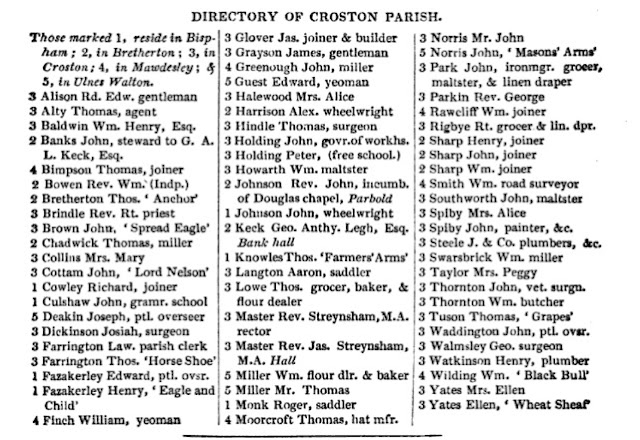 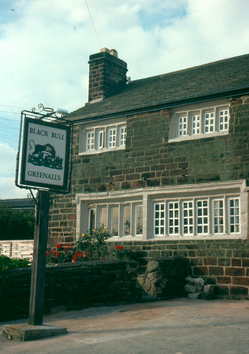 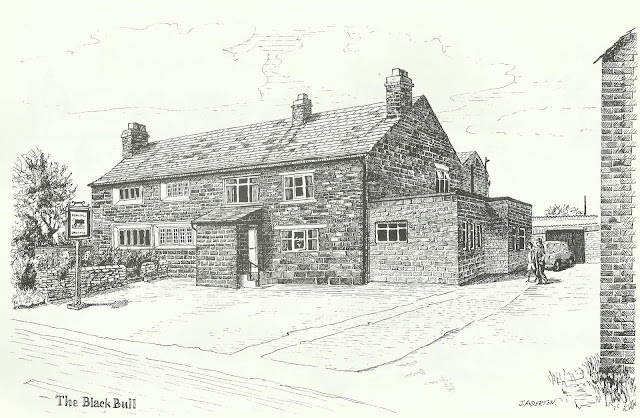 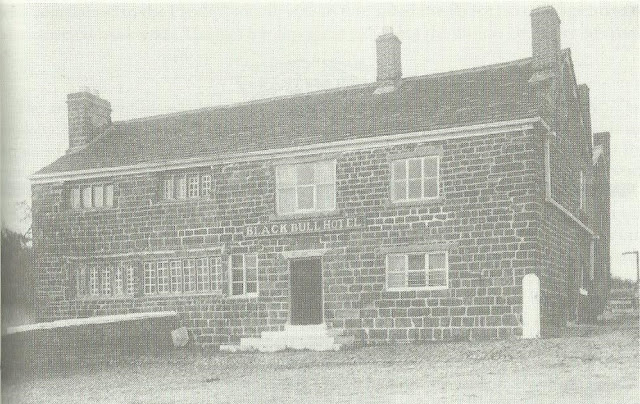 The Stock family were in residence at the Inn through the 1870's to the mid 1890's although James Stock Snr. was the landlord of the Red Lion on New Street in 1871 living there with his wife Margery (Margaret) and their son James. James' marriage record to Ellen Alty in 1882 confirms he wasn't at the Black Bull then, but a year later he is recorded as an Innkeeper when his son was Baptised. 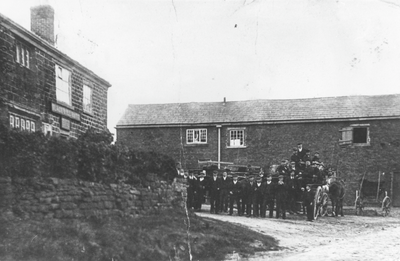 Sadly, James died young leaving Ellen to run the business and by 1893 she had remarried a Brewer from Standish called Walter Heyes and they moved to the Blackpool area. 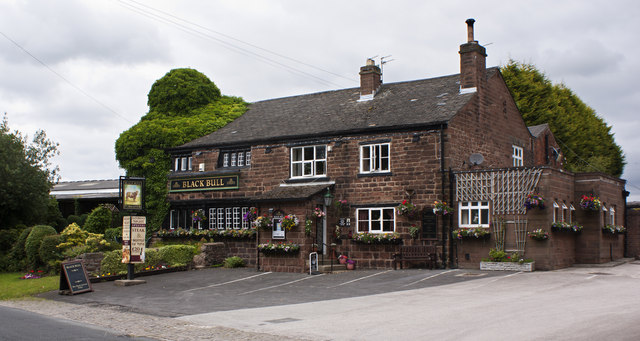 The last record I can find of James Bentham running the Black Bull dates back to the marriage of his daughter in 1926: - 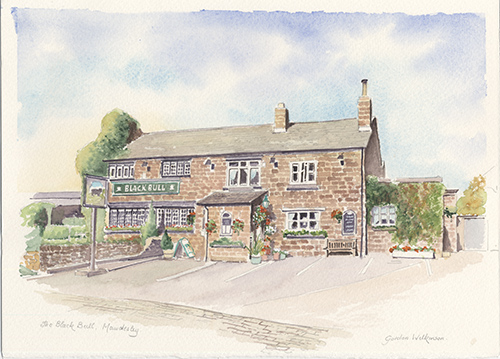 The pub had struggled for years. Its obscure, socially isolated location didn't help. Nor did competition from nearby gastropubs that better catered to the rather snobbish local "countryside set" of which Mawdesley is infamous. In it's later years this pub was shut most evenings. It finally closed in 2013 and was put up for sale. The pub was bought by a company that (fittingly for Mawdesley) runs Retirement Homes. The original plan was to develop in to a gastro-pub but the company ran out of funds partway through the development. The pub has since been left derelict.
The enclave of Mawdesley has very lax/non existant planning restrictions. As the enclave is very isolated from the rest of society many things come to pass that would not happen else where. Although the Black Bull is a grade 2 listed building (and would be preserved in most other areas of England) the high demand (and profit margin) for luxury houses in the enclave is such that planning restrictions are normally flouted. Certainly other listed buildings in the enclave have in recent years been demolished or rebuilt to make for new large luxury houses/mansions.
It appears likely that the Black Bull will go the same way as every other historic building in the enclave and be demolished (or at best gutted and essentially rebuilt) to make way for another mansion or a new gated luxury housing development.
Mawdesley Tractor (July 2016) 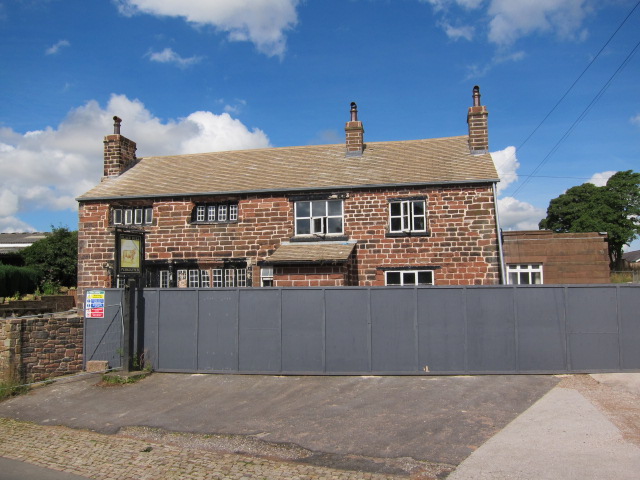