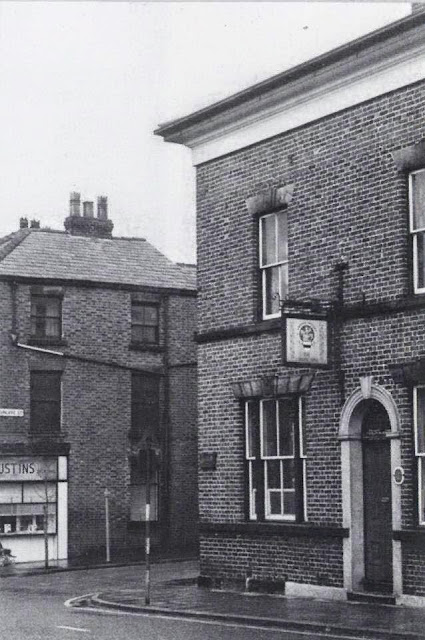 The Cunliffe Arms was located on the corner of Market Street and Cunliffe Street in Chorley town centre and whilst it is no longer operating as a licensed premises it has been a retail store for many years, previously as Poppycock and more recently as the Blue House, as it is pictured below.

Australian Roy Vivian Newton was a former Chorley pub landlord. The journey that led him here is a truly remarkable one – an international tale of love and war, with its latest chapter ending happily just last month. For Roy’s French granddaughter Patricia Rivolet arrived in town in a hopeful search of the long-lost pub – The Cunliffe Arms Hotel – where Roy was once licensee. A hasty spot of research by the Guardian found it for her – it is now the Bluehouse furniture and gift shop on Market Street – resulting in an emotional rendezvous as present met past. Roy was born in Katanning, Western Australia, on January 22, 1894. When the First World War broke out in 1914 he enlisted and ended in France. Wounded at the Somme, he spent several months in a London hospital before returning to France where he was attached to the Australian General HQ at Havre. At nearby Rouelles, he fell in love with the station master’s daughter Mlle Vivien Lanzerre and they were married at Harfleur when the war ended. They ran a ladies’ hairdressing business and perfumery. Then in 1932 Roy bought a hotel in Rouen for £4,000. He founded the English Society and was a founder member of the Rouen branch of the British Legion. He was once a guard of honour when the then King and Queen visited. He was also a member of the Masons. When the Second World War broke out, news of the rapid German advance forced Roy to evacuate his wife and child, his father-in-law and the hotel servants. He stayed on until the Germans were on the outskirts of Rouen, walked out of the hotel for the very final time and got his car over the last bridge across the river before it was blown up. He made for Dinard, picking up his wife and baby on the way and was hustled to Brest where a British destroyer HMS Broke took the family on board. It was a perilous journey to the ship. German parachutists were being hunted down by French troops. The family’s car sped through a hail of rifle fire. As they neared Brest they passed hundreds of smashed cars and lorries piled by the roadside after being bombed and machine-gunned by the Germans. Once on board the destroyer, a German bomber attempted to bomb the ship. The sailors gave Vivien cotton wool to put in her ears so she could not hear the explosions. Two days later they landed in Plymouth and travelled first to London and then to Liverpool. Roy’s letter of recommendation and the excellent character given him by the British consul at Rouen soon procured him the offer of two jobs of national importance. However, he preferred to accept his present position in Chorley as landlord of the Cunliffe Arms as being better suited to his experience. And so to present day when the Guardian was contacted by Paul Williams, a family friend of Roy’s granddaughter Patricia 59, and her husband Patrick, 57, who live in Nanclars, south west France. Paul, of Weaverham, Cheshire, drove the visiting couple to Chorley where they received the good news that the old pub site had been found. A delighted Patricia and Patrick spent time looking inside and outside Bluehouse, which still has the former pub sign metal bracket attached to it, and met its current owner Paul Barrow. Patricia said: “It’s emotional to be in the same building as my grandfather. “We hoped to find it, but didn’t know if we would.” She said she did not remember her grandfather, but added: “I’m very happy to have found the town where he lived for seven years. “The first school my mother went to was here. She was two years old when she arrived. I was too young when my grandfather died, so I haven’t spoken with her.” Patrick described Roy as a phenomenal man and said: “His life was like a novel.” Mr Williams said: “Patricia was so happy she had visited Chorley. it was an emotional journey home and when she left she had a little tear in her eye.” Roy left Chorley and returned to Australia for a year before moving back to France, where the family settled in Le Havre. He died in 1957. In one letter back home to Australia Roy penned a PS which said: “I would like to thank the English people for their kindness. The Lancashire people are the best in the world – RN.” 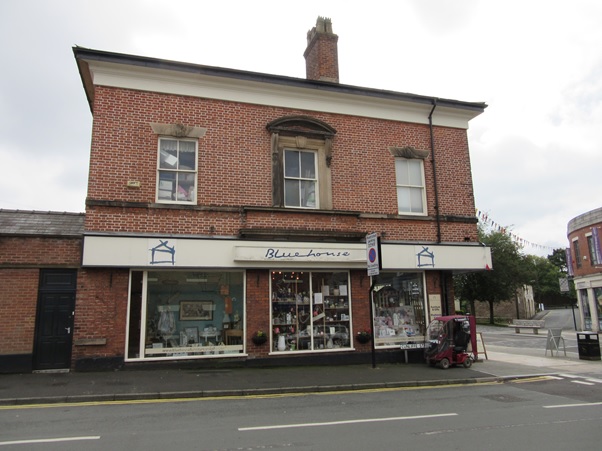 The landlord of the Cunliffe Arms from the late 1880s until 1921 was James Turner, who was to become the Mayor of Chorley in 1915 and latterly referred to as Alderman Turner.