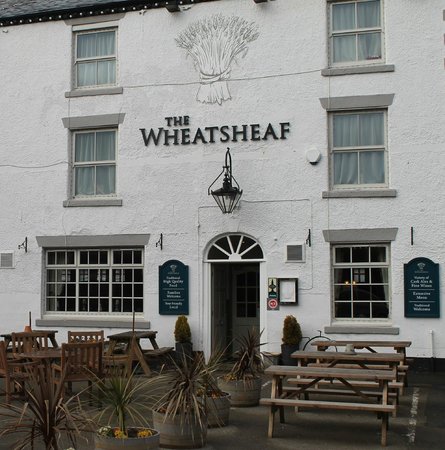 The Wheatsheaf was listed on the 1824 directory of Croston when Ellen Yates was the landlady. 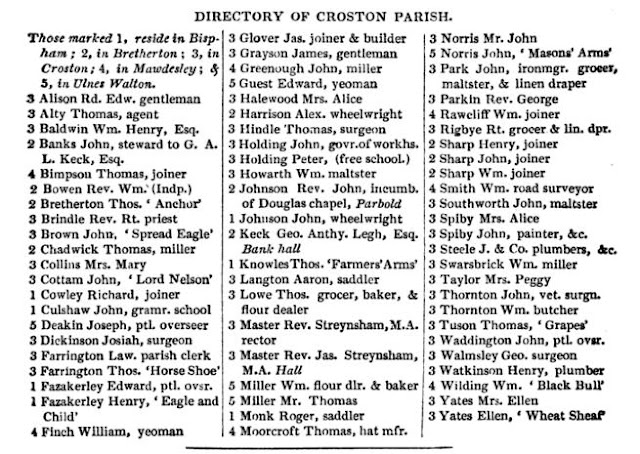 Like many public houses during the 1800's the Wheatsheaf was also used as an auction house as the press cutting below records: - 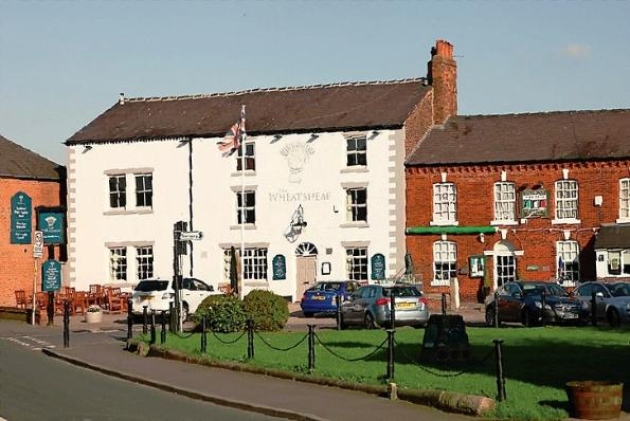 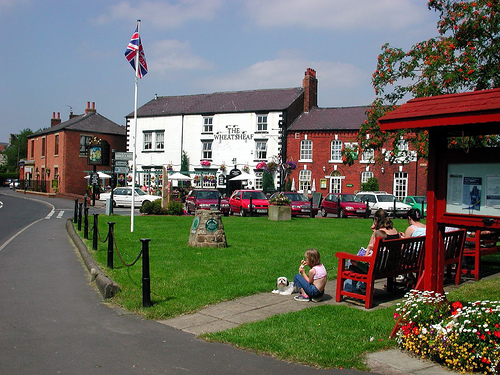 Croston has always been severely affected by flooding and centrally located pubs such as the Wheatsheaf have had their fair share of misery that this brings as the newspaper article shows: -

23 June 2012 Flood-hit village of Croston starts clean-up
Jon Lilley said the cellar of his pub, the Wheatsheaf in Croston, was completely flooded
Residents in a flood-hit Lancashire village have started cleaning up the damage to their homes and businesses. The River Yarrow burst its banks in Croston on Friday, flooding more than 70 homes and forcing residents to be evacuated. It left the village looking like an island as the three main roads surrounding Croston were flooded.
Jon Lilley, landlord of the Wheatsheaf pub, said: "My beer is floating. My plants have floated off down the road." He said had been forced to send his staff home early so they could escape the village before they were cut off. The landlord, who has only been in the pub for a year and has recently refurbished it, said: "The water just kept coming closer and closer.We tried to wedge the doors as best we could but we lost the battle at about 2 am and it came through the sandbags. The cellar was completely flooded and the water level was about 5cm (2ins) high in the pub.Mr Lilley and his staff are now trying to pump the water out of the cellar and clean up the rest of the pub. 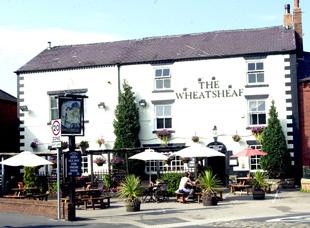