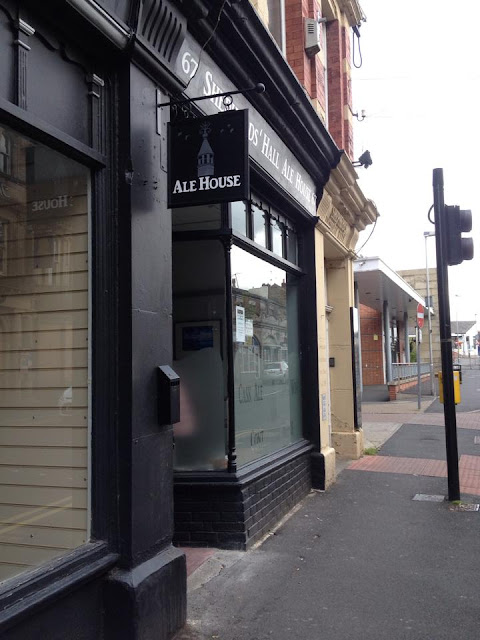 Shepherds' Hall Ale House is a micro-pub located on Chapel Street and is one of Chorley's youngest pubs having only opened on 6th August 2014.  It is a small pub focused on real ale, wines, imported beers and ciders and based in the historic Shepherds' Victoria Hall on the corner of Clifford Street and Chapel Street. 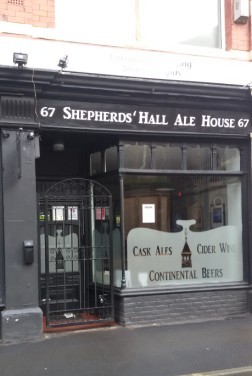 Chorley Guardian Tuesday 222nd April 2014 by Oliver Smith
Family affair for new micro pub Shepherds Hall Ale House is soon to be converted into a micro pub
Three brothers have unveiled plans to turn a former newsagents into a micro pub. Stuart, Graham and Thomas Hardyman have submitted a planning application to Chorley Council to open Chorley’s first micro pub. The proposals will see the former S & F newsagents, in the Shepherds Hall Ale House building on Chapel Street, converted into a bar. The pub will have a wide range of alcoholic drinks including ciders, bottled lager and real ales. The brothers have taken inspiration from a Leyland landlord who opened a micro pub there last year. Thomas, a former employee at BAE Systems said, “This is a completely new venture for all three of us. Apart from Graham, who helps out with the bar at Chorley Rugby Union Club, we don’t really have any experience. We are all really excited about it. We are from the town and we want to bring something different to Chorley.” The micro pub is to keep the name Shepherds Hall Ale House. Thomas added, “Everybody knows what Shepherds' Hall Ale House is, so it would be foolish to change it. I really do think this could be a great pub with a great atmosphere.” Malcolm Allen, chairman of Chorley Traders Alliance, said: “It’s something different for Chorley. (Micro pubs) are cropping up in various place but it’s definitely unusual and it’s never been done before in the town. We at the Traders’ Alliance won’t have any objections. They are exciting plans and it’s better than having charity and betting shops or a different takeaway.”
www.chorley-guardian.co.uk

Since opening the pub has quickly become a regular stop off for many real ale drinkers and the focus on Lancashire brewers such as the Outstanding Brewery Co. make it even more popular. 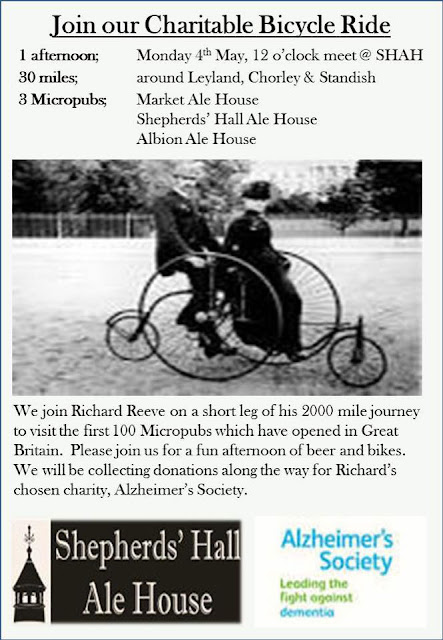 The Ancient Order of Shepherds Friendly Society was formed in 1826 and was quite prominent in Chorley in the late 1800's and early 1900's. The Industrial Revolution led to major changes in society, with village communities diminishing and new towns and industries springing up. As there was no state provision for the poor, mutual aid organisations known as friendly societies were established to help families against hardship brought about by illness or death. Such societies began as locally based groups, whose members contributed a small amount each month so that payouts could be made to those in need, with the rest of the money received either saved or invested. 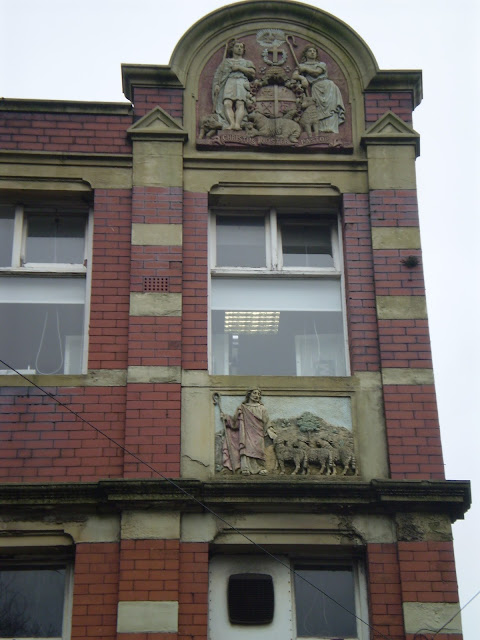 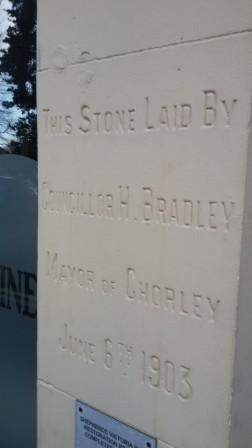 The date stone alongside the Shepherds' Hall Ale House records the Mayor who laid it as Councillor H Bradley although local council records do not record a Mayor of that name. He was in fact Henry Joseph Bradley who was born in Ireland around 1850 and traveled over to the UK with his family during the potato famine, settling in Chorley and living in High Street. He trained as a solicitor's clerk and later lived at 96 Clifford Street (1891) and then Rawcliffe Road (1901) when he was listed as an auctioneer and estate agent.


Shepherds' Friendly started life as a sickness and benefits society, Ashton Unity, which was formed in Ashton-under-Lyne, Lancashire on Christmas Day in 1826. It was later renamed as the Loyal Order of Ancient Shepherds, "loyal" referring to the Crown and "shepherds" to the Nativity of Jesus. Its objectives were "to relieve the sick, bury the dead, and assist each other in all cases of unavoidable distress, so far as in our power lies, and for the promotion of peace and goodwill towards the human race". It later spread across the country, organised into local branches; like other friendly societies such as the Oddfellows, these were known as 'lodges', and officers wore regalia somewhat similar to those of Freemasons. By 1914 the membership had grown to 143,000. The Ancient Shepherds raised substantial funds from its members to support charities, presenting two lifeboats to the RNLI in the 1800's, and supported the Red Cross and YMCA in the Second World War.(G I Bagshaw). 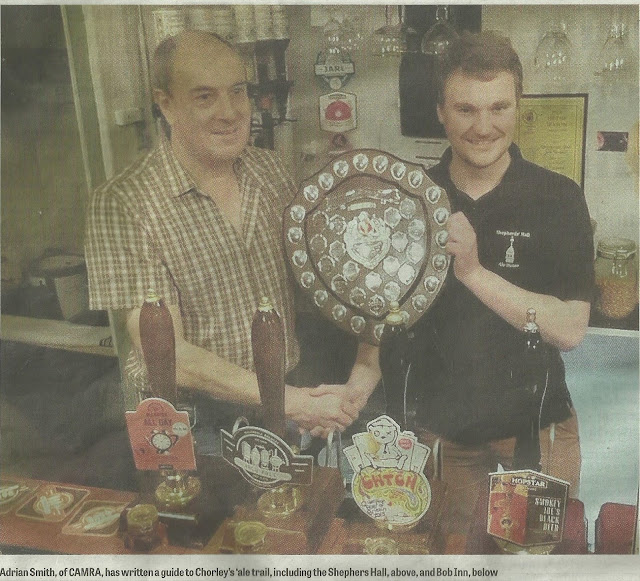