Name: The Wheatsheaf Inn aka The George 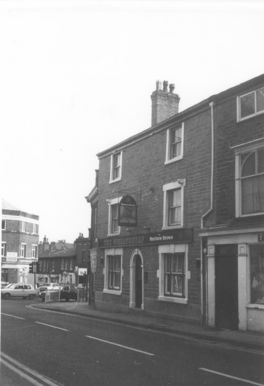 This popular town centre boozer has been open since the early 1800's and started life as the Wheat Sheaf Inn; more recently it changed its name to the George by which it is now better known.  It is situated on St Thomas's Road at the top of Market Street opposite the town hall and is a Grade 2 listed building described on British Listed Buildings website as follows: - 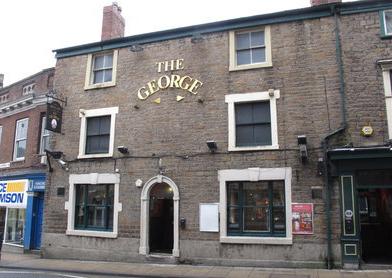 Forty firefighters called to major pub blaze in Chorley
More than 40 firefighters tackled a major fire at a Chorley pub after flames were spotted bursting from its windows. Five fire engines from across the county rushed to The George pub on St Thomas Road at around 8.10am this morning, say fire services. Crews were alerted to the blaze by 999 calls from concerned passers-by who spotted flames bursting from the lower storey of the unoccupied building. Police and fire services closed St Thomas Road, Crown Street, Union Street and the one way system onto Market Street for most of the day. According to Lancashire Fire and Rescue, firefighters arrived to find the ground floor of the pub "well alight" and the other two floors "heavily smoke logged". Crew Manager Ian Turnbull said: "Water jets were placed around the property to extinguish the blaze and stop it from spreading to neighbouring properties. The George pub in Chorley is on fire "The fire was brought under control at around 9.30am and firefighters spent the rest of the day damping down the fire to ensure it did not re-ignite. The property was badly fire damaged and it will be quite some time before the property is back in use." At its height eight fire engines from across the North West attended the blaze. 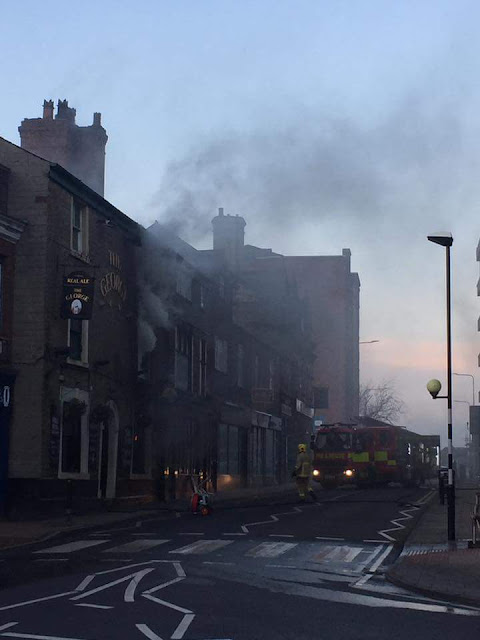 Parklands student Lois Rimmer, was one of the first on the scene and swiftly reported the pub blaze to fire services. The 16-year-old said: " I was on my way to an exam at school with my friends and brother when we noticed lots of flames coming out of the George. The road was filled with smoke. It looked really dangerous and I was worried about the safety of my friends and the people around so I rang the emergency services from my friend's phone." Fire services were called to the blaze this morning Her headteacher Mrs C. Hollister said: "We are extremely proud of the actions of one of our prefects, Lois Rimmer. She is an outstanding role model and a credit to her family, the school and the local community." Nobody was injured during the blaze. The cause of the fire is under investigation.
Read more at: Lancashire Post 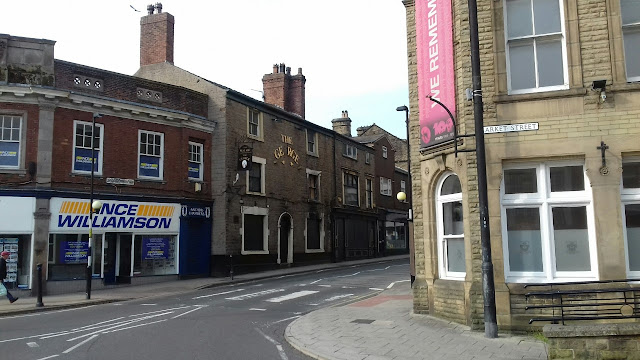 Over three years on and the George remains closed for business and unchanged since the fire...what the future holds remains unclear.