The following pages were given to me by Paddy, a regular at the Mitre on Weldbank Lane following the pop-up Chorley Pals & Pubs Exhibition going up there earlier this year.

Paddy's grandparents, the Rigbys used to run the Swan Hotel in Water Street in the early 1900's and he recalls a tale that there were two bricked up arches in the cellar of the Swan that were reputed to have led to Astley Hall and St Lawrence's C of E church next door.

Apparently some local lads who were into caving asked to go into the tunnels and with permission from the council they were opened up briefly...no-one knows what they saw or found but they said nothing and refused to ever go back down and presumably they were closed up once more, sealed for eternity.

The Labour in Vain later became the Black Boy, which is now the Moor Inn on Moor Road, but the others either closed down never to reopen or more likely were reincarnated under a different name. 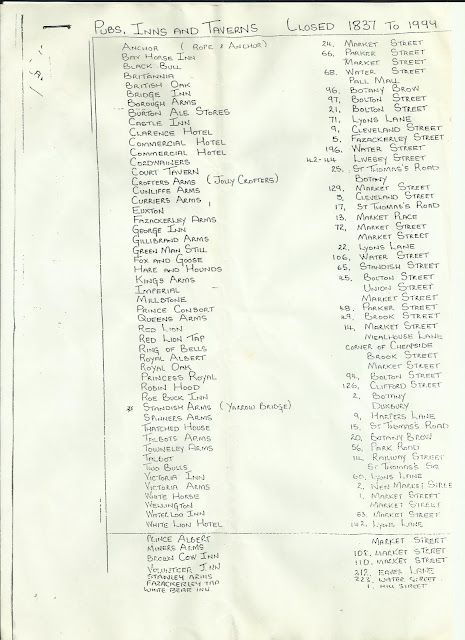