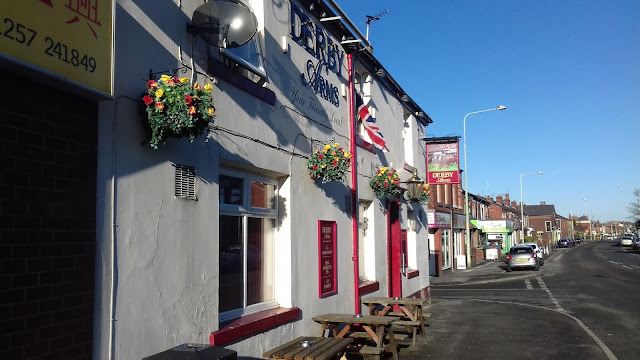 William Thompson married Elizabeth Baxendell on 5th October 1823 at St Laurence, Chorley and they were to become the first recorded landlords of the Derby Arms. Originally a printer (Lancashire OPC) he was listed in the 1835 directory as a brewer of beer on Eaves Lane. He was to die a few years later at the young age of 40 and was buried on 19th October 1838 at St Laurence leaving Elizabeth to run the business alone.


The early landlords Thomas Brindle and William Taylor brewed their own beer on the premises, as was often the case before the larger breweries started to take over many of the pubs.


In the 1861 census below the pub was simply referred to as the "Eaves Lane Beer House".

The Inn is recorded as the Derby Arms on the 1881 census but was known as "Luck's All" ten years before, William Taylor's presence confirming this was the same pub.


The marriage of William Taylor's daughter in 1875 is shown below. 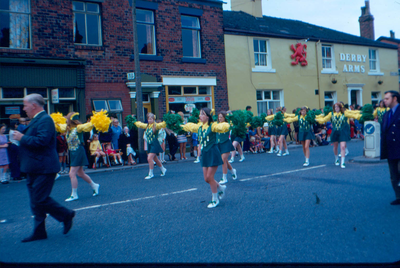 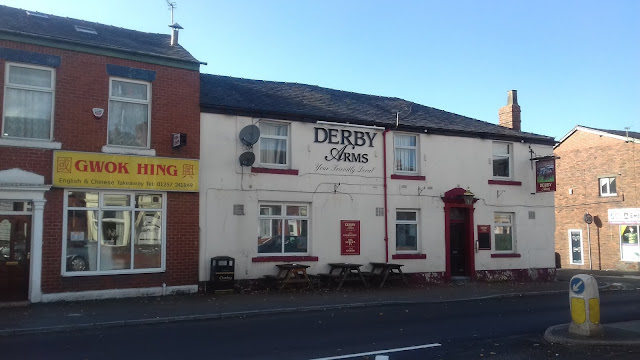 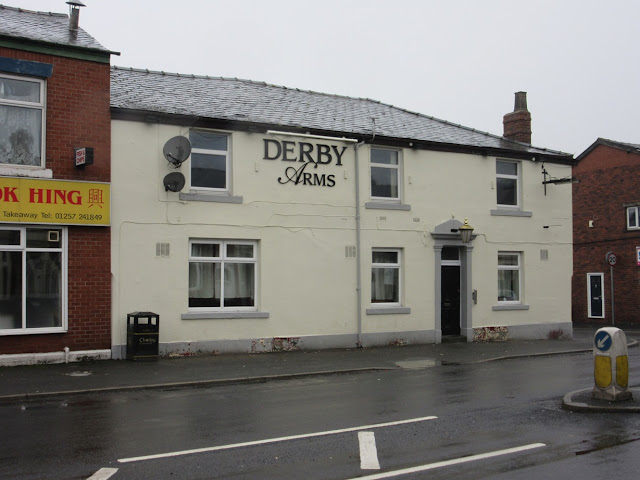 The Derby Arms used to be a Wilson's Brewery (Manchester) pub shown by an etched window with 'WILSONS' and a chequerboard trademark, which is still present today. 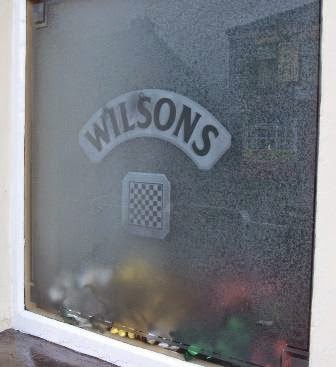 It was also a Matthew Brown's pub serving Lion ales in the 1970's as the photos below shows on the occasion of the 1973 Chorley Carnival on Eaves Lane. 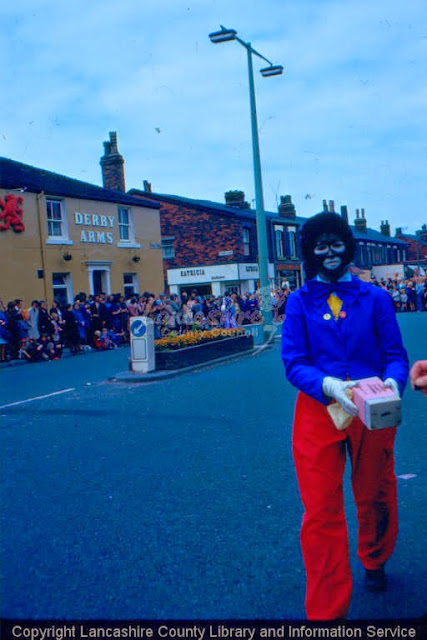 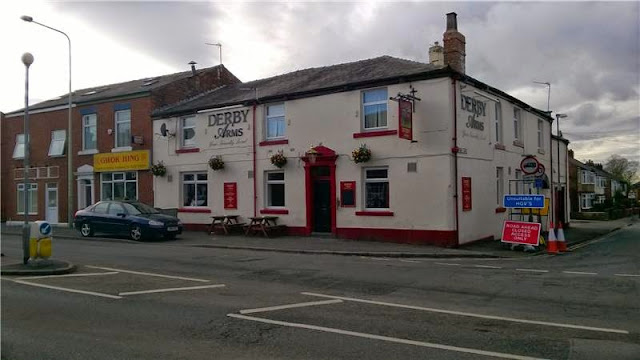