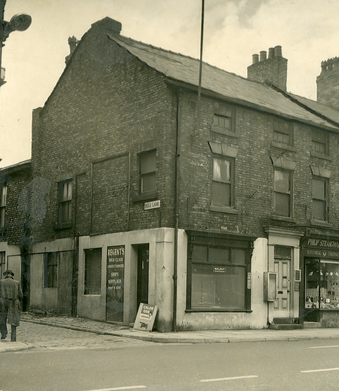 The Euxton Tavern was situated on the corner of St.Thomas' Road and Dole Lane on the opposite side of the junction from the Rose & Crown whose end wall can just be seen on the left of the picture above.

It was demolished many years ago to make way for new development as the two pictures below show, one from around 1900 and other in 2015.

The Inn closed for business between 1901 and 1911 and at the time of the census it is recorded in use as a shop and office. 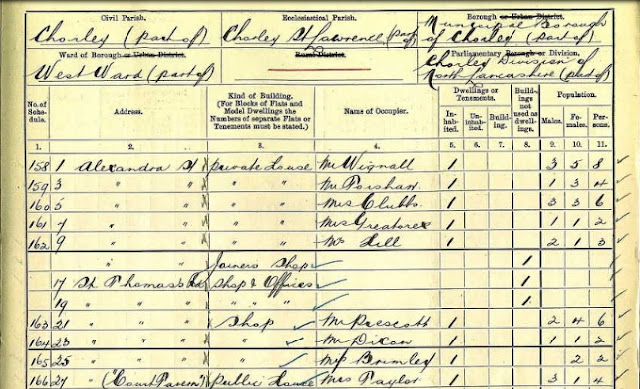