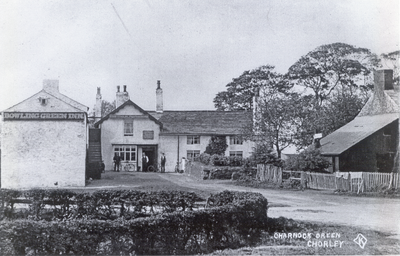 The Bowling Green Inn is 500 years old and is located in the area that was formerly the centre of village life, Charnock Green.The Inn was originally a Coaching Inn and there was also a Blacksmith's outside where people used to change horses. It is half way between Preston and Wigan and one of the oldest Inns in Lancashire.


The Hindley Brewery was based in nearby Wigan and Robert Richardson was a beer seller from Preston who was presumably employed by the brewery around this time. By 1871 he was running his own pub, the Plough Inn on Friargate in the middle of Preston.  What happened to the brewery remains a mystery but the article below records its sale in 1855, when it had been based at the Red Lion Inn in Hindley and the article below confirms that it continued as a business at least into the latter half of the 1860's.

The 1871 Census shows a William Baxendale as the Inn Keeper and Licensed Victualler at the Red Lion and Hindley's Town Directory of 1925 records Richard Parkinson a Victualler living at the Red Lion Inn so brewing beer continued well into the 20th century at those premises.

Now back to the Bowling Green Inn... 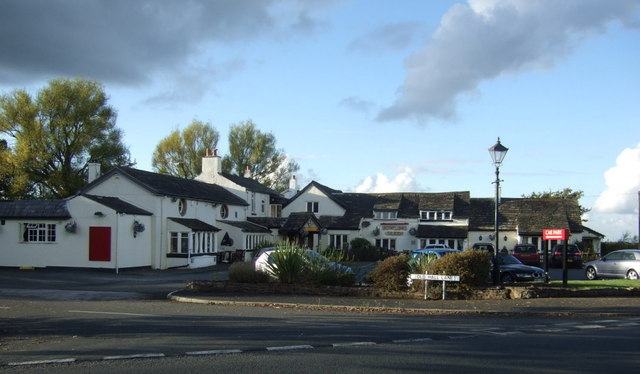 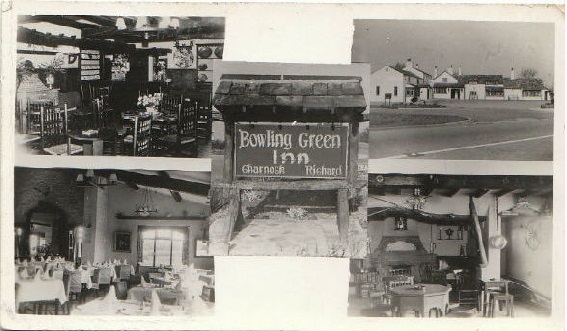 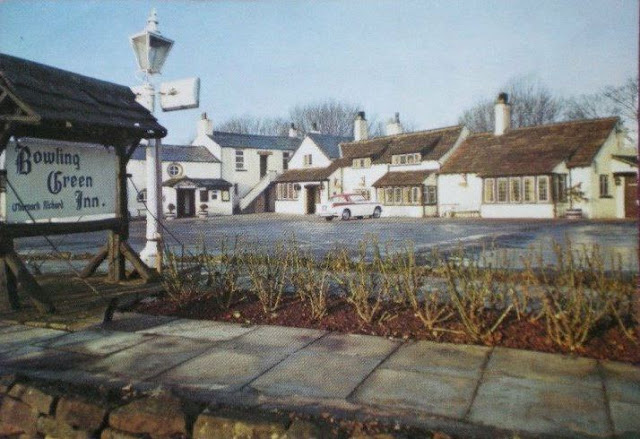 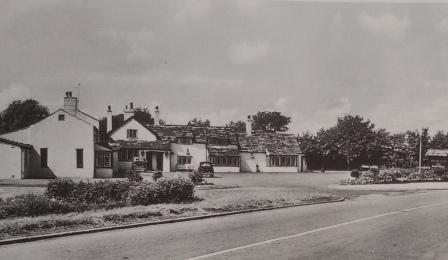