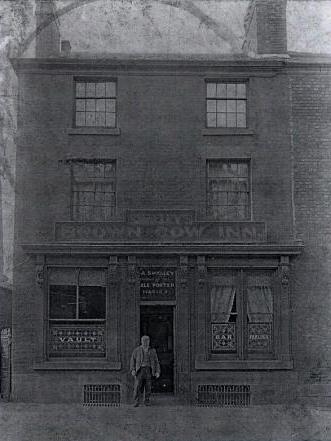 The Brown Cow Inn was opened during the 1840s; pictured above in the late 1890's is the landlord Alexander Smalley but many in Chorley would not recognise it today in its current guise as the Godfather Pizza House.

In the 1880's and 1890's the Smalley family ran the Brown Cow and like many Chorley families of this era they were to lose one of their children to the Great War. Alexander Smalley's son Richard died in France in 1916 just 25 years of age. He worked for Chorley Corporation and had signed up just 6 weeks earlier. 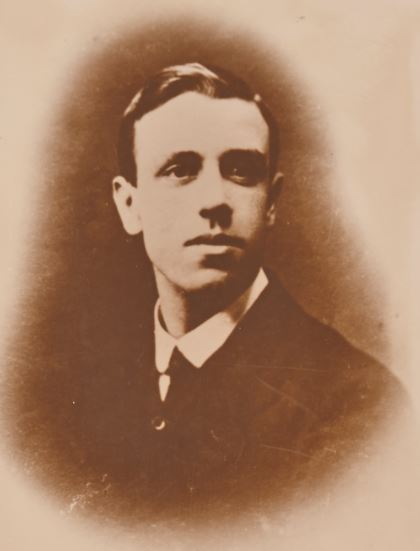 The Brown Cow appears to have ceased trading for a time in 1914 when compensation was awarded along with a number of other Lancashire pubs by the Compensation Authority.