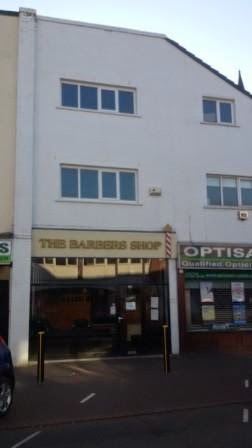 The Printers' Arms was located at no.62 Market Street in the mid-1800's in the building where there is now a barber shop, as shown in the picture above. The name of the Inn was derived from the occupation of the first landlord, Daniel Mellor who was a Calico Printer by trade and can be found on the 1841 census below living on Halliwell Street with wife Margaret and his family.


Daniel Mellor was born in Coppull on 11th June 1797, the son of Daniel and Sarah Mellor and and was baptised on 30th August 1797 at St Laurence, Chorley.

By the time of the 1871 census William Mellor and his wife Ann had moved across town and were running the Cordwainer's Arms on the corner of Livesey Street and Clifford Street; 62 Market Street was now the home of James Blakeley, a Glass & China dealer and the Printers' Arms appears to have closed for good.