Situated on Chorley's market square the Fazackerley Arms was very much a town centre boozer.  It was built in 1829, as the date on lead drain spout and information below records. The spout was salvaged from the Fazackerley Arms when it was demolished in 1994 to make way for Market Walk: - 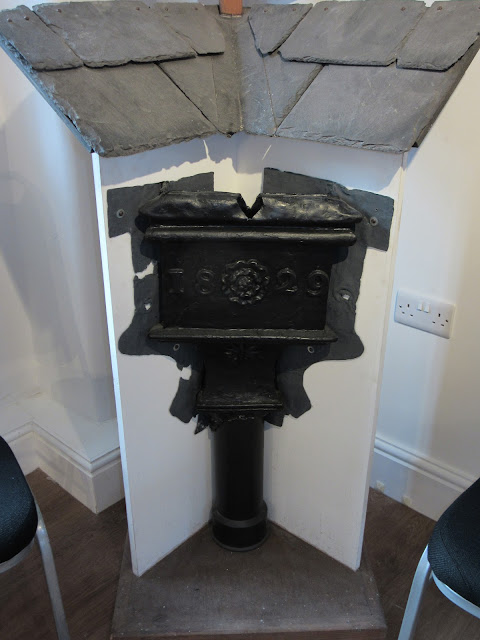 This spout-head is a fine example of the lead-beater’s art, often adopted as ornamentation for rainwater drainage components in the past.  This particular item is a piece of Chorley’s heritage, the date is 1829 marking an important period in the early stages of development of the town centre as a modern market town.

Prior to 1826 the market had been held in the main street, hence the name, Market street”, but in that year, Thomas Gillibrand, of Gillibrand Hall, Lord of the Manor of Chorley provided the present Market Place, which subsequently came under the control of the town council.

In 1829 the Fazackerley Arms was amongst the first buildings to be erected on the east side of the new Market Place, forming the first stage of the development of Livesey Street and Hill Street, the same area levelled for the town centre re-development 165 years later in 1994.

The son and heir of the aforementioned Thomas Gillibrand, Henry Hawarden had assumed the surname of Fazackerley on succeeding to the estates of his kinsman, Colonel Fazackerley in 1815 and both the street of that name and the Fazackerley Arms Hotel were named after him.

An appropriate companion exhibit is the “keystone” taken from the arch erected by the same Henry Hawarden Fazackerley at the entrance to Gillibrand Hall estate in 1843 (note the “Arms” of the Fazackerley” family – Two Swords in Saltire). 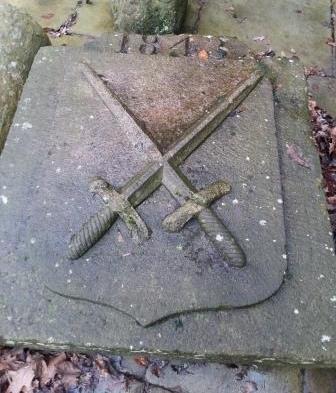 The arch was taken down in 1923 and re-erected at the entrance to Astley park, but with a new plain keystone and an inscription, “Pro Patria 1914-1918”, when the park became the town’s memorial to those who gave their lives for their country in the Great War.
K Hodkinson 1994

The Fazackerley Arms was demolished in the early 1990s to make way for Market Walk, a new shopping precinct leading off Market Square. 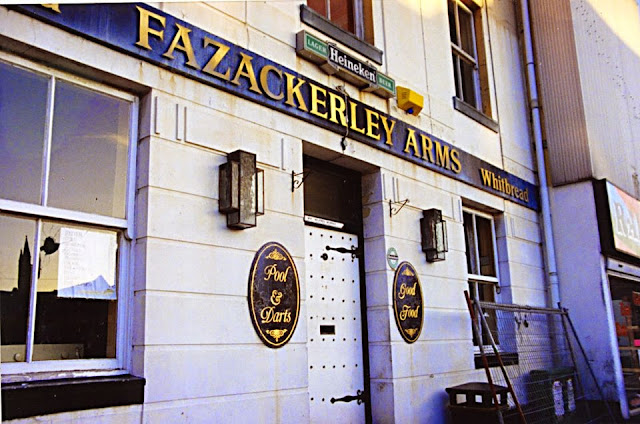 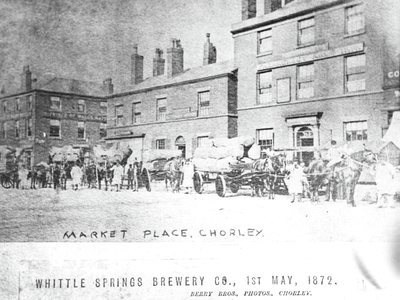 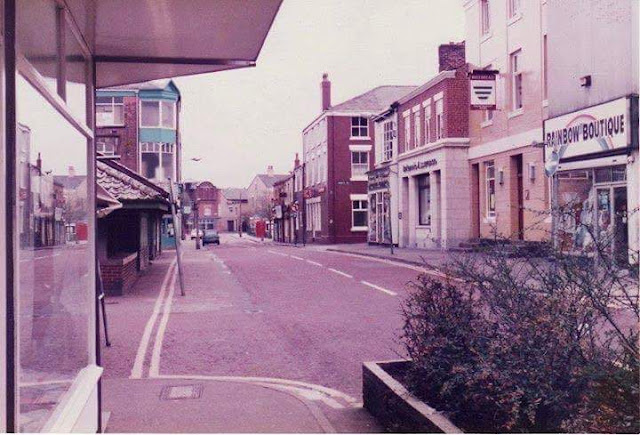 
Report in Chorley Guardian 19 July 1990
Pub dates from late 1820s. Have had ghostly happenings for years..
Pool team member Trevor Jones had gone to the cellar to put his cue away when he suddenly dashed back shaking & white saying there was a woman standing at the bottom of the steps. He hadn’t seen her face just a long black & red dress with lace round the bottom.
The account tied in with a previous sighting over a year ago & the description tied in.
Others have heard footsteps along the corridor to the Gents when there was no-one else in the pub & Ann Tyson who worked behind the bar reported seeing a strange mist in the back rooms.
One of the customers felt an unseen hand on her shoulder while standing in a particular spot at the bar, but when she turned round there was no-one there – it gave her an icy tingling feeling. Les Mitchell the licensee at the time had never seen the ghost, but recall a strange happenings. A fruit machine weighing approx 2cwt regularly changes position overnight moving halfway across the room!!


The two photos below show the location of the hotel before and after the Market Walk development.