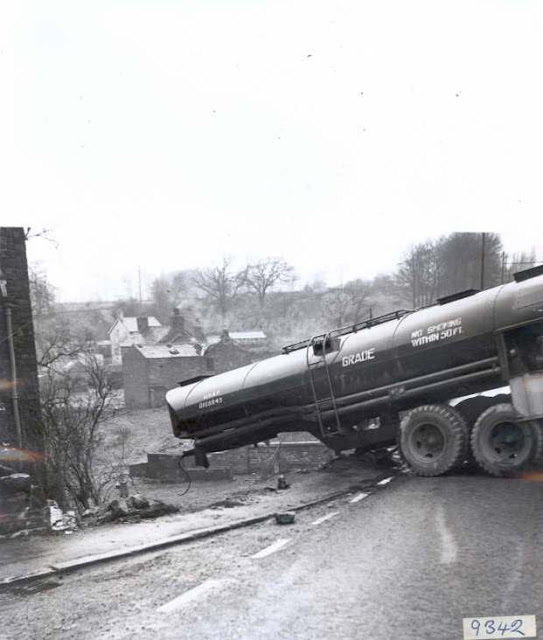 An unusual photo of a pub but this is about as good as I can manage at present.  The rear of the Millwright Arms can be seen in the background. 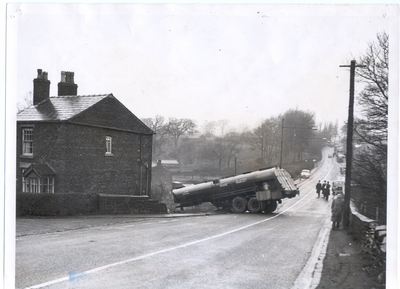 Photos of the Millwright Arms have proved hard to source so if anyone out there reading this has one, I would love to hear from you.  The gable end of the original building can just be seen in the above photo from 1957 centre-left in the background.

The Pincock Street area of Euxton was once a village settlement centred around the main employer, the Pincock Paper Mill. 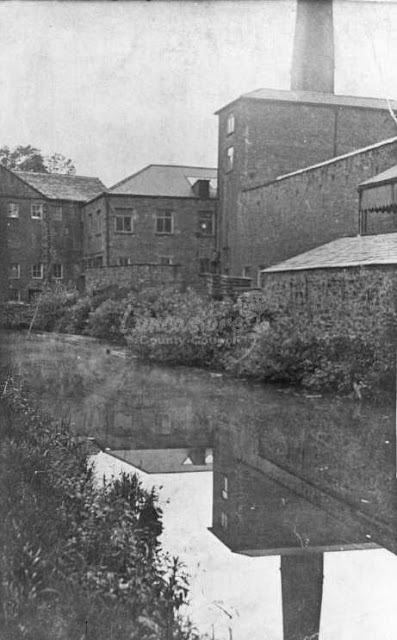 It has changed almost completely since the end of the Second World War but as we see it today, the original corner shop was on the site of the first bungalow with the bakery behind it, there was a terrace of cottages on each side of the street, the miller's house was by the main road embankment and the inn, the 'Millwright Arms' was halfway down Pincock Brow coming from the main Wigan Road at the top.


There have been mills in this area of Euxton since 1610, originally a paper mill The "paper mill" was just downstream of  'Riverside Cottage'.  Here the Yarrow river water still flows over the weir just to the rear of the cottages. The earth works of the old mill leats (water channels) are the most obvious of the remains.  In places they are observed in straight lines, sometimes just as earth dug depressions following parallel to the Yarrow river. The leats are "well" engineered and surveyed earth channels or canels, probably dug and maintained by hand labour, no steam shovels in 1610!   They would have had "natural earth" linings, this causing the need for regular maintenance from siltage and weeds.

Pincock Spinning Mill (1792) was the last remnants of main industry of the Pincock area.   The mill pond with its "water lilies" has long gone, the oldest part of the mill could until recebtly be seen, and it would have contained the old water wheel. This area has now been cleared and awaits redevelopment. It was built as Pincock Spinning Mill in 1792 and closed in 1892. The factory was reopened as a weaving mill in 1896 to produce sateen’s, velveteen’s and Bedford cords, brocades and fancies. The mill closed in 1934 and reopened in 1940 producing checks, tablecloths and linings until it closed in 1954. More recently it was owned by a company called Xelflex.
(with thanks to www.euxton.com)

The Millwright Arms or Jolly Millwright, as it was once called would have played a central role in the community living and working around the mills.

The first references I can find date back to 1837 in the London Gazette, albeit the article does not make good reading for the fate of poor John Platt: -

NOTICE.
A MEETING of the creditors of John Platt, formerly of the Jolly Millwright, Euxton, near Chorley, Lancashire; Licenced Victualler and Fanner, and late of Daisy Hillock, Euxton, in the county of Lancaster, Retail Beer Seller, an insolvent debtor, lately discharged from Her Majesty's Gaol the Castle of Lancaster, will be held at the office of Mr. John Armstrong, Solicitor, No. 2, Chapel-walks, Preston, on the 10th day of October next, for the purpose of choosing on assignee or assignees of the said insolvent's estate.

Other reference is also made in 1844 in the Gazette.

London Gazette 1844
At the Court-House, at Lancaster, In the County of Lancaster, on the 10th day of July 1844, at Ten o'Clock in the Forenoon precisely…John Hayhurst, late of the Millwrights' Arms, Pinwell (clearly a typo) Brow, Euxton, near Chorley, Lancashire, Provision Shopkeeper and Victualler, afterwards of the New Quay Inn, ' Marsh-lane, Preston, Lancashire, Retail Dealer in Ale, afterwards Victualler, then lodging in Bow-lane, Preston, then in Chancery-lane, Higher Hardwick, Manchester, out of employ, afterwards a Lodger in Bridge-lane, and late in Bolton-street, Preston, Book Keeper.


An Assessment for the Relief of the Poor of the Township of Euxton, Lancashire made 4th October 1880 showed the tenant to be John Coward, the owner being a John Rawcliffe (Public House & Land Millwright Arms).


Rate for Special Expenses Assessment made 13th October 1897 on the Township of Euxton, Lancashire confirms that the tenant was George Winstanley, Henry Rawcliffe Esq was still the owner.

An Assessment for the Poor Rate for the Township of Euxton made 18th October 1910 showed James Bond to be the tenant.