The Talbot Inn first appeared in Chorley on the 1861 census and was one of a handful of pubs in close proximity to the railway station, the others including the Waggon Makers, Station Hotel, Railway Hotel, Leigh Arms and Railway Hotel.  It has been a hairdresser/Barber's shop now since around 2006 and no longer trades as a pub.  Next door the Waggon Makers, now called Sam's Bar is still open.

The photo above pictures the Talbot Inn c.1988 when it was used for residential purposes before being converted into a Barbers. 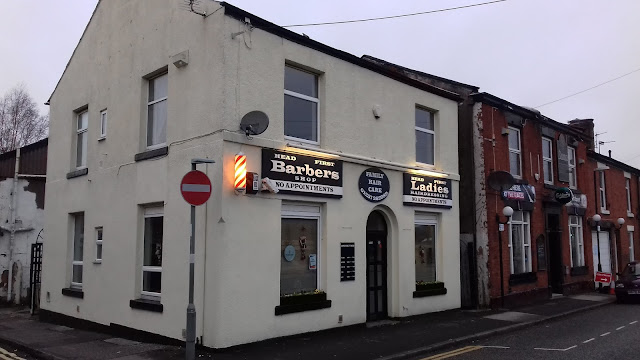