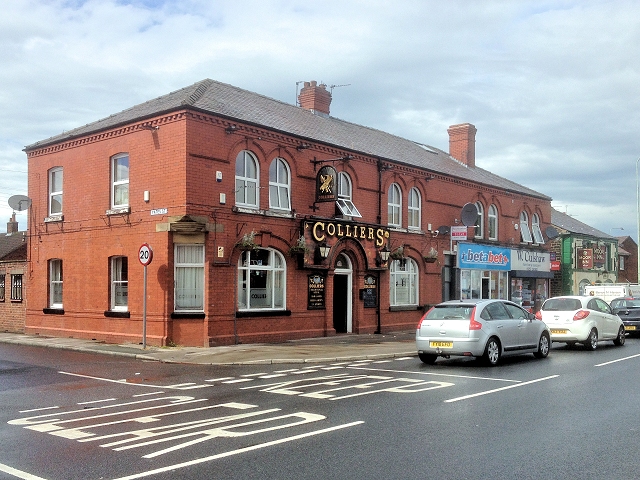 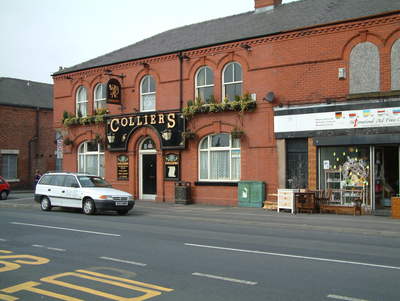 There are likely to have been stables attached to the Colliers' Arms, as a newspaper article from the 1930's suggests below: - 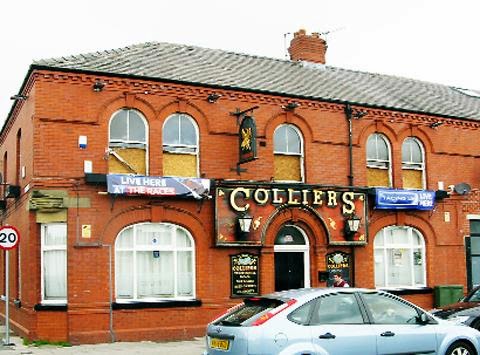 Lancashire Telegraph - Thursday 16 May 2013 in Chorley
Police suspect a fire which ripped through the first floor of a pub in Chorley was started deliberately. People were reported to be inside the Colliers' Arms pub in Moor Road when the fire broke out shortly after midnight on Saturday. Firefighters searched the building while it was still engulfed in flames and billowing smoke. No-one was found, however, and there were no injuries reported.
After the blaze was dealt with, teams remained at the scene until around 5am damping down and ensuring that the structure was safe. Watch manager Keith Evans said his crews had stopped the fire spreading to the neighbouring newsagent shop and bookmakers. John Carmichael, 52, from Moor Road, was passing the scene shortly after fire crews arrived. He said: “The first floor was well alight, smoke was coming out and everyone was concerned that there maybe people in there. “I was relieved when I heard nobody was hurt.”
The pub remained closed on Monday and contractors were seen entering the building. A spokesman for Chorley police said: “We are appealing for witnesses following a fire at the Colliers' Arms pub on Moor Road around 12.30am on Sunday. The fire is believed to have been started deliberately.