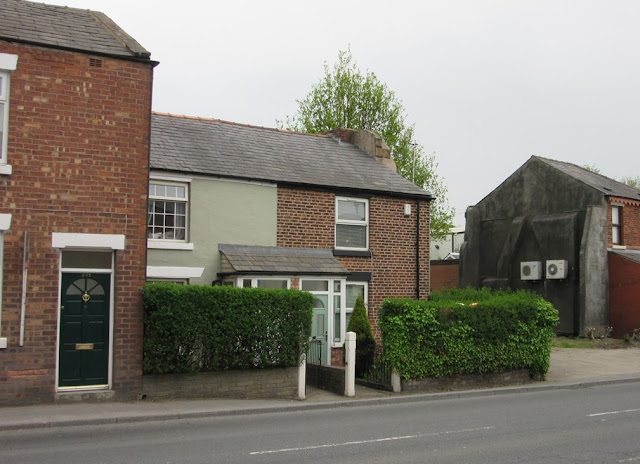 The Spinners' Arms was a beerhouse located at the south end of Station Road just up from The Hob Inn and Spinners' Square. It was not a fully licensed public house like the Black Bull or Black Horse (Hob Inn) nearby and was just licensed to sell beer.

A revolution for pubs was brought about by the Beerhouse Act of 1830, which liberalised the regulations enabling anyone to brew and sell beer on payment of a licence costing two guineas and the Spinners' Arms was just one of many examples of the new beerhouses springing up in the industrial north. The intention was to increase competition between brewers, and it resulted in the opening of 56,000 beer houses across the country by 1836; the rapidly expanding industrial centres of the North of England saw their fair share.

It was also hoped that by increasing competition in the brewing and sale of beer, and thus lowering its price, the population might be weaned off their favourite tipple, gin…current trends seem to indicate we are going full circle!

Whilst the act may have been good news for the breweries and increased employment in towns and cities the knock-on effect on public morality was something of much debate in the House of Commons.

The Inn was originally the home of a William Taylor and his family and the Inn's name derives from William's occupation, a "Spinning Master", as recorded in the 1851 census record below. There was both the Bamber Bridge Mill and Cuerden Cotton Mill within a stone's throw of the Spinners' Arms and therefore plenty of passing trade for this beerhouse. 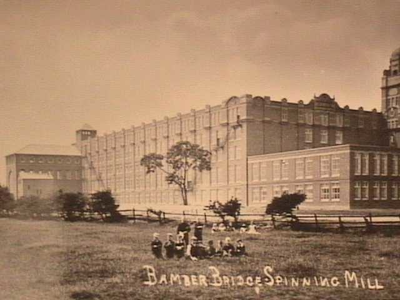 It is not clear whether William Taylor ever ran a beerhouse from his home but the subsequent occupants, John and Ellen Barrow certainly did with John recorded as a retailer of beer as early as the 1855 Slater's Directory of the area. John and Ellen were both locals and were living on Black Lane near Tandy Gate in Walton-le-Dale in 1851 recorded below; John too was a cotton spinner by trade originally. 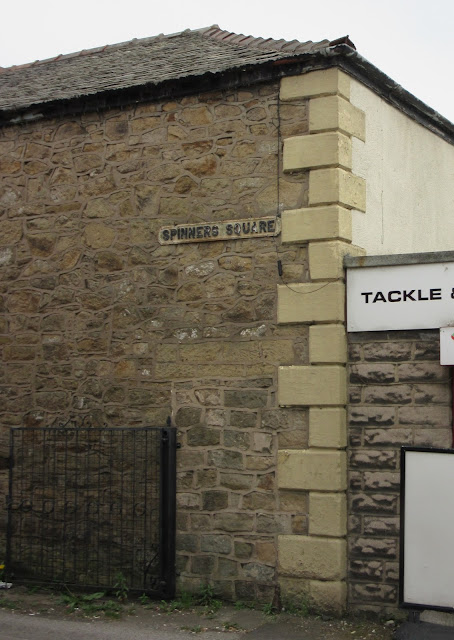 FATAL FIRE NEAR PRESTON
This morning a sad affair was reported to Mr. Ashcroft, coroner. Late on Saturday evening Mr. James Astley and family, of the Spinners' Arms, Bamber Bridge, near Preston, retired to rest, leaving a number of clothes on the " maiden" in front of the fire for the purpose of drying...
09 February 1875 - Sheffield Independent - Sheffield, Yorkshire, England

Tragedy at the Inn struck in 1875 and between the two press cuttings the circumstances seemed to have varied in the days following the fatality. James Astley, the landlord at the time is not recorded at the property thereafter.

FATAL FIRE AT BAMBER BRIDGE.
AT BAMBER BRIDGE. On Sunday morning a boy named William Wareing lost his life in a fire which took place at the Spinner's Arms, Bamber Bridge. It appears that a Mr. Astley and a man named Brown were engaged in brewing until three o'clock on Sunday morning...
13 February 1875 - Preston Chronicle - Preston, Lancashire, England


LOCAL INTELLIGENCE.
Child to Death.— An inquest was held the Spinners’ Arms, Bamber Bridge, on Thursday, on the body of Charlotte Redferne, who was burned to death. It appears that the child was left in the house...
17 November 1883 - Preston Herald - Preston, Lancashire, England 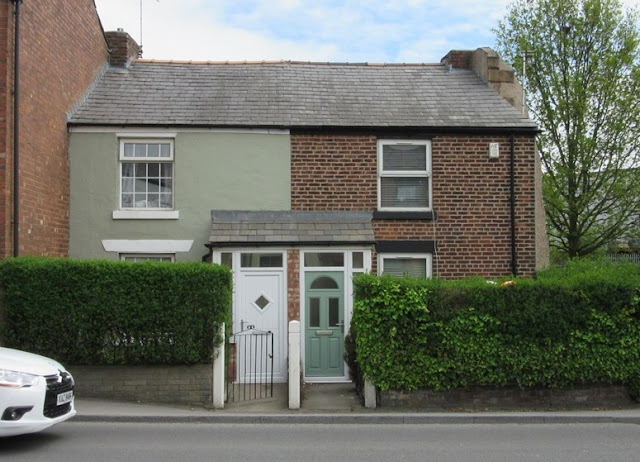 As the years went by, the Beerhouse Act of 1830 produced a familiar by-product, the “tied-house” system, as landlords had to borrow money from the brewers to make improvements before Magistrates would grant and renew licences. In exchange they promised to buy supplies exclusively from the breweries. In the case of this Inn ownership had already transferred to local brewers, Matthew Brown and Co. Ltd by 1902 and shortly after this, the 1904 Licensing Act was to have a marked effect on the pub scene, reducing the number of licensed premises, in particular the beerhouses over the next few decades.

Supported by a surge in the Temperance movement the Act introduced a national scheme where Licensing Magistrates could refuse to renew a pub’s licence if it was considered there were too many pubs in an area or they were not of sufficient quality and compensation was often paid to breweries on their closure, as was the case here in 1909. 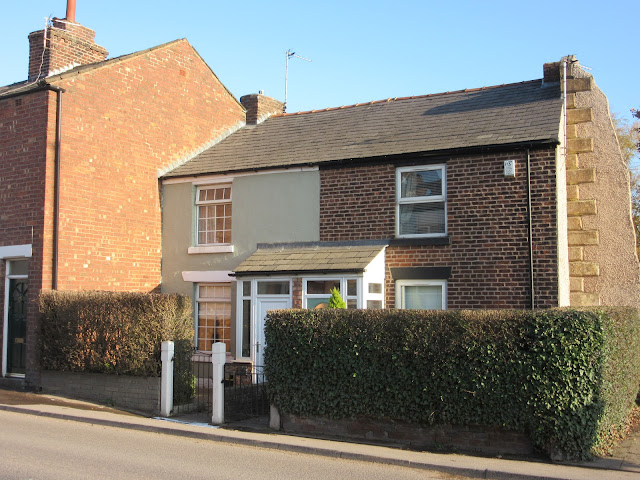