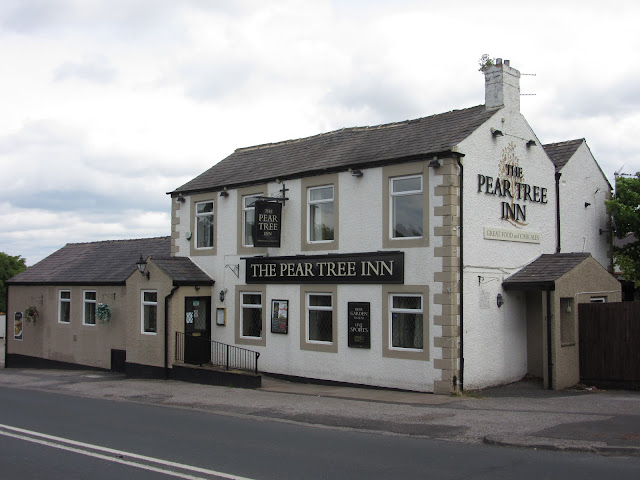 The Pear Tree dates back to the early 1800s and was originally the home of Christopher Charnley and his family. The building, originally known as "Pear Tree House" was located on Middleford Brow (sic. Middleforth), now part of Leyland Road on the edge of the Penwortham Hall estate and a short distance over the railway line to Middleforth Hall (see map below).

This building was once part of the Penwortham Hall estate and at the time of the tithe map it was used as a small factory for cotton weavers. By 1861 Preston’s large scale factories had taken over hand loom cotton production and the census of that year shows that the weaving shop had become an inn, known as the Pear Tree Inn, which is still in business today.
Penwortham Heritage Trail

Christopher Charnley is described as a "Retail Brewer" on the 1841 census below although later census records confirm he also worked as a farmer (of 6 acres) and Beer Seller.  He was to run the Pear Tree for over a quarter of a century before his death in 1866 and given his trade I suspect the building was being used as a beer house throughout the 1840-60s. 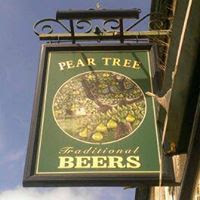 Following the death of his father, Thomas Charnley took over the reins and ran the Pear Tree for the next 17 years before his own death in 1883; he too worked as both a farmer and beer house keeper, working two jobs to supplement his income to support a family. 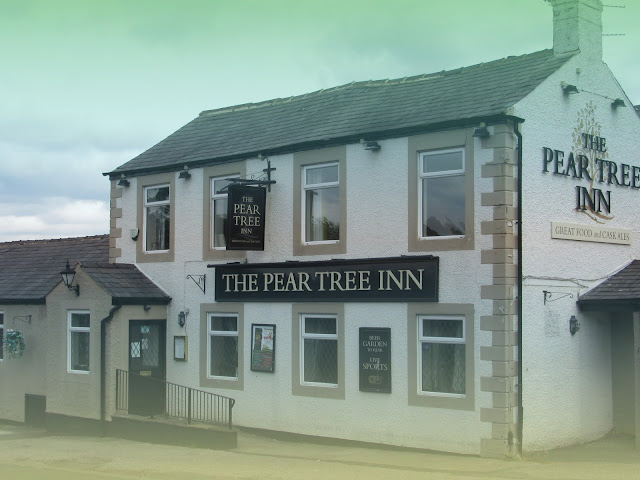 Following Thomas' death in 1883 Elizabeth Charnley (nee Wade) and the rest of the family vacated the Inn but continued to live in the Middleforth Brow area into the 20th century. Elizabeth had been brought up on Middleforth Green and was very much a local lass. By 1886 Richard Wade had taken over, who was Elizabeth's youngest brother; living next door were the Loxhams, whose eldest son James was to take over in the 1900s highlighting how the Pear Tree was very much a locals' pub for 100+ years.


Licence Application
Mr. P. U. Edelston applied, on behalf of Richard Wade, for a wine licence for the Pear Tree Inn, Penwortham, and stated that the present tenant had occupied the place two and a half years, and had had many applications refused.
27 August 1888 - Lancashire Evening Post - Preston, Lancashire, England


Living within the home in 1891 was a visitor, Elizabeth Wardle who came from Bury and was listed as a "Beerseller". Records show that she and her husband Walter Wardle ran the Raven Hotel, Kings Street, Bury prior to Walter's death and she was Richard's mother-in-law. Rayners Vaults was part of the Raven Hotel for many years and is still open to this day.


James Brown Loxham was to take over the Inn in the early 1900s but his primary trade was a builder, something he returned to after running the pub until around the end of the Great War. His wife, Alice was working as a barmaid at the nearby Bridge Inn when they married.

By 1924 he is shown on directories as living on Leyland Road working as a builder. 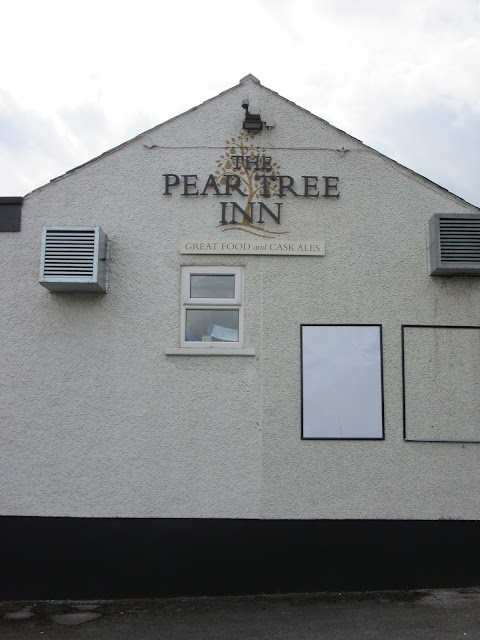 A TOMTIT'S NEST.
In the cart belonging to Mr. James Loxham, landlord of the Pear Tree Inn, Penwortham near Preston, a tomtit has built her nest and laid six eggs. The cart is in daily use for the carrying of bricks, and each morning when the carter lifts the lid...
04 June 1910 - Exeter and Plymouth Gazette, Devon, England

It's good to see that by 1929 Middleforth Brow had ceased to exist, having been renamed Pear Tree Brow.

LICENSEE OF A PENWORTHAM INN FINED £lO
At Leyland, to-day, Samuel Kenyon Sutton, licensee of the Pear Tree Inn, Penwortham was fined £lO and ordered to pay three guineas advocate’s fee on a summons alleging that he used a room at his house...
13 July 1931 - Lancashire Evening Post - Preston, Lancashire, England 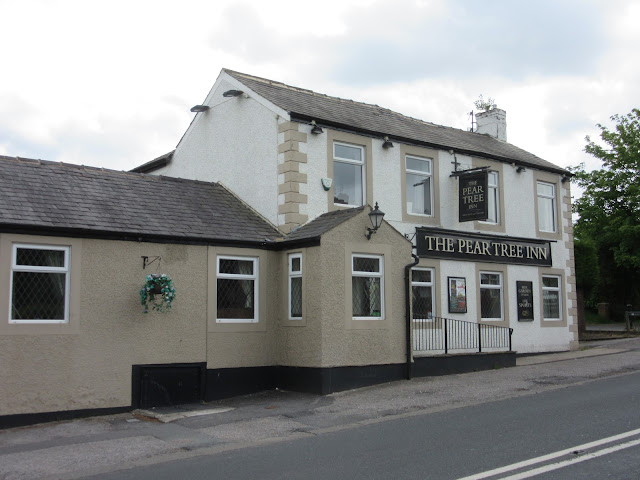