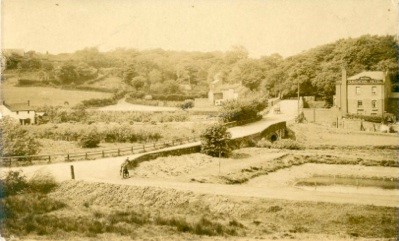 The Navigation Inn first opened in the 1850s and is located on the Leeds to Liverpool canal on the south side of Gathurst Bridge. In the early years it was in direct competition with the Globe Inn, which was located on the opposite side of the bridge but towards the end of the 19th century the Globe closed its doors for good and the Navigation became the only Inn at Gathurst.

The 1845 map above confirms that The Globe was the earliest pub at Gathurst Bridge and at that time the Navigation had not been built.

The earliest reference to the Navigation I can find was in 1857 in the following transcribed press article (thanks to www.boatfamilies.website & Ormskirk & District
Family History Society) : -

On Monday last Mr Myres, Coroner, held an inquest at the house of Mr John Atherton, the Navigation Inn, in Shevington, on the body of Henry Heatley (sic – actually Hartley), alias Ashton, who was killed on Saturday last in a fight that took place between himself and Henry Webster, another boatman, in a field near Crooke Bridge, on the Leeds and Liverpool Canal at Shevington.
Webster, who was apprehended almost immediately after the fatal occurrence, was brought up in custody. Henry Ashcroft, labourer, of Orrell, said: “Between one and two o’clock on Saturday afternoon I was at work at the pier head near to the canal in Shevington, when Henry Webster came up with his boat. Webster is a boatman. The
deceased was also with a boat. “Webster was driving a horse on the canal bank. I heard him say to the deceased: ‘I won’t fight up and down, but will fight you on my feet.’ After this Webster went a little further up the bank. The deceased then said something to
him, but I did not hear what it was, upon which he jumped off the boat and advanced towards Webster, who returned to meet him. Each of them pulled off his waistcoat and squared fists at each other.
“The deceased then ‘purred’ Webster who immediately exclaimed: ‘I will not fight up and down, but will fight you upon my feet.’ The deceased replied: ‘I will have two goes with you.’ They then went into a field, accompanied by two boatmen. I did not know any of them. Webster and the deceased then stripped off their shirts and began to fight,
and continued to do so about five minutes. I was about eight or ten yards from them.
“I saw the deceased struck, and he fell. He got up and was knocked down again. I then went to where he was lying and found that he was dead. It might be ten minutes afterwards. Webster did not kick the deceased, nor did he strike him after he fell. I saw Webster strike the deceased several times upon his body. The second time he fell upon his face. The deceased fell from the effects of the first blow. Webster never got hold of the deceased’s body.”
Wm Barton, of Orrell, deposed to seeing Webster hit the deceased three or four times. Miles Pollitt, miner, said: “When the deceased fell the second time, I and some other persons got some water and bathed his temples. He sighed five times. In the second round I heard Webster say to the deceased: ‘I can beat thee, or any belonging to thee.’ I did not see either of them kick one another. As soon as deceased was known to be dead, Webster knelt upon him and kissed him. He then began to cry and lament for what he had done.”
Peter Howard, boat builder of Appleby (sic) Bridge, said: “I heard the deceased say to Webster: ‘Come off the boat and let us mend it,’ to which Webster rejoined: ‘No; I would rather be as I am.’ Soon after Webster got off the boat,  and the deceased ran into an adjoining field. When Webster came up to the deceased, he said: ‘I would rather be
friends.’ He then went into the field to the deceased and they commenced fighting.”
Thomas Armstrong, police constable, said: “I am stationed at Shevington, and on Saturday last apprehended the prisoner, and charged him with killing Harry Ashton. He was on the pier head when I apprehended him. Webster said: ‘One day last week or this week I was laid asleep, and the deceased, Henry Ashton, came up to me and kicked
me.’
“I asked him what was the cause of that day’s fight. He said: ‘I was coming from Liverpool, and I was in the cabin of my boat, when a lad named Thomas Pedder awoke me, and told me Henry Ashton said he would ‘lace’ me. I told the lad I could not help that. I was then near Gathurst Bridge. I got out of the boat, and went into the public house at Gathurst Bridge, and had a glass of ale. I then went out, fed my horse, and went on minding my work. When I got to the pier head I fought with Henry Ashton, who challenged me to fight. I at first refused, but he insisted, and we had a scuffle. He made a kick at me as I was going away.
‘My brother William told the deceased not to let me go without fighting. The deceased then called me back. We went into a field near the pier head, where we stopped and fought two rounds. At the third meeting I struck him (the deceased) of the left side of the heart. He fell, and I thought he was ‘gammoning’ me by lying still. When I found he
was dead I knelt down and kissed him’.”
John Llewellyn Price, surgeon, of Standish, said: “This morning I made a post-mortem examination of the deceased. On opening the skull I found the veins on the surface of the brain very much congested with blood. No vessel was ruptured; the brain itself was healthy. I am of opinion that death might arise from either of two causes: one from
congestion of the brain, or, which is more likely in this case, from the shock the nervous system would receive by a blow on the stomach or near it.”
Some other evidence having been taken, the Coroner then summed up, and, after a brief deliberation, the jury returned a verdict of “Manslaughter” against Henry Webster, who was committed for trial at the Lancaster Assizes. 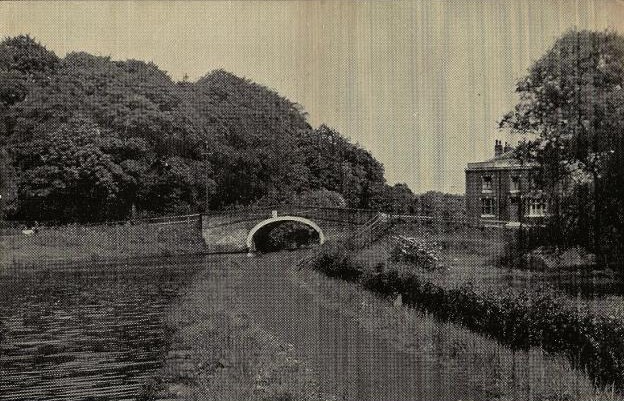 The 1881 Directory of Shevington provided the following information and it's interesting to see that whilst Richard Molyneux was the innkeeper at the time the village's farm bailiff was to take over running the Navigation over the next 10 years.

SHEVINGTON is a township with an area of 1728 acres. It is mostly agricultural, but coal is obtained in the township. At Gathurst, a mile from Shevington, is a station on the Wigan and Southport Railway. The population in 1871 was 1924; and in 1881, 1570.
School Churches, Shevington & Crooke. - Rev. Alexander Richardson, vicar
Primitive Methodist Chapel, Crooke
Wesleyan Preaching Room, Crooke
Board School, Shevington. - John Wright, master
Board School, Crooke. - Herbert Gawthorpe, master
Post Office, Shevington Moor. Letters received through Standish
Post Office, Crooke. Letters received through Wigan

Ellis Ambrose's marriage record from 1888 shown below confirm he was working as an Inn Keeper at that time, almost certainly at the Navigation. 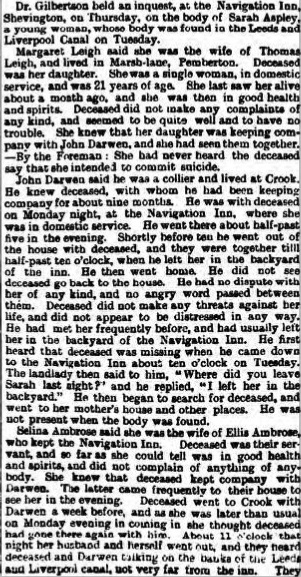 By 1892 the Globe Inn was no longer a going concern leaving the Navigation (marked as "Inn") able to monopolise the canal trade in the area.

Whether or not Frederick Mason was the landlord at the Navigation or just a lodger remains unknown at this time. 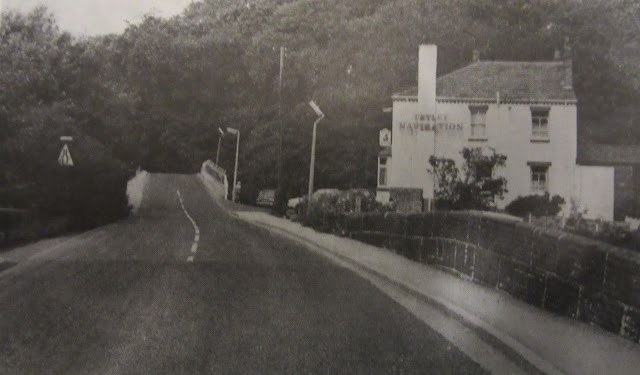 Richard Fairhurst was running the Navigation Inn in the 1920s but the baptismal record for his son Allen in 1923 reveals he also worked as a Pawnbroker whilst living at the Inn with his family.

The Navigation remained open as pub into the 21st century but more recently closed for business and in 2007 was reopened as an Indian restaurant, the Baby Elephant. 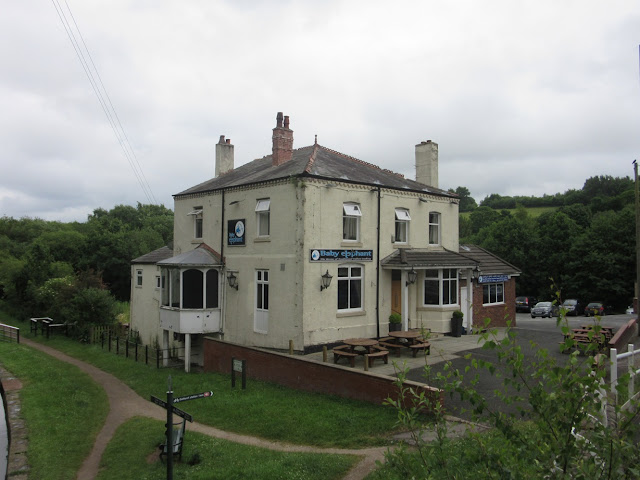