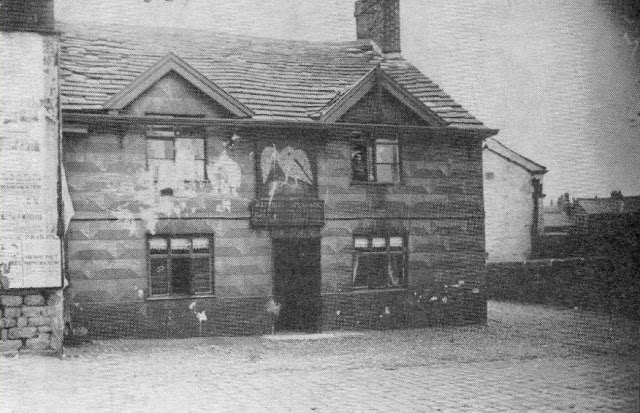 The Eagle and Child or Spread Eagle as it was also referred was one of Standish's oldest Inns, located next door to the Black Bull on Market Place facing St Wilfrid's Parish church. It's said to date back to the 1600's and is mentioned in the following excerpt from the Standish Conservation Area Appraisal of 2006.

Two fairs were recorded in 1779; one on St.Peter’s Day, Jun.29th and the other on St.Cecilia’s Day, Nov.29th, the latter being for horses, horned cattle and toys. Porteus believes this fair was probably founded by Cecilia daughter of Ralph Standish (d. 1756) who married William Towneley and who held Standish manor until 1778. (The 1763 map, opposite, is a plan of the estate belonging to Mrs.Towneley). Porteus comments that the market place was mentioned in 1792 where tradition recalled that a butter market was once held. Standish Manorial Court continued to function until well into the 18thC.The courthouse was located to the rear of the Eagle and Child Inn, Market Place.

The first edition OS 1845, shows the street layout in the centre little changed from the 1763 estate map.The village is still a small nucleated settlement surrounded by agricultural land. Buildings are clustered around Market Place, Market Street, Church Street and Pole Street and some limited frontage development on both sides of High Street south of Cross Street. No buildings are shown south west of the cross roads but there is built frontage on both sides of Preston Road between the cross roads and Pole Street.A bowling green is indicated on the north side of Cross Street.The Eagle and Child Inn is shown to the rear of High Street west side.This name is normally associated with the 17thC inn located in Market Place and may be an anomaly of the 1845 map. Market Place is also the location of a row of cottages situated immediately in front of the Church.These were known locally as ‘Spite Row.’ Beyond the village core, isolated groups of cottages form the beginnings of ribbon development notably ‘Engine Row’ on Preston Road.A further group of cottages are shown on the south side of School Lane near the grammar school.


First reference to the Inn was on the 1824 Directory when a John Dauber (Dawber) was recorded as the landlord (bottom left on the above image). 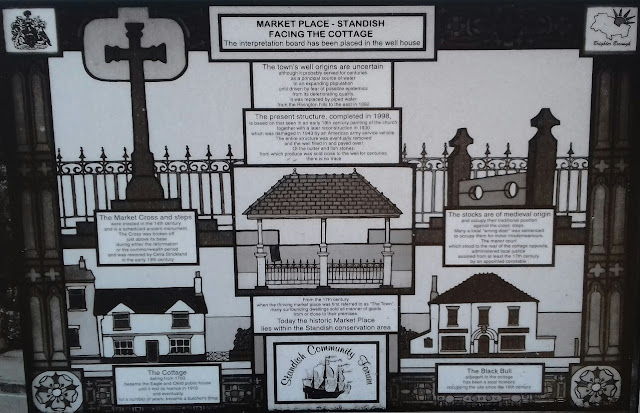 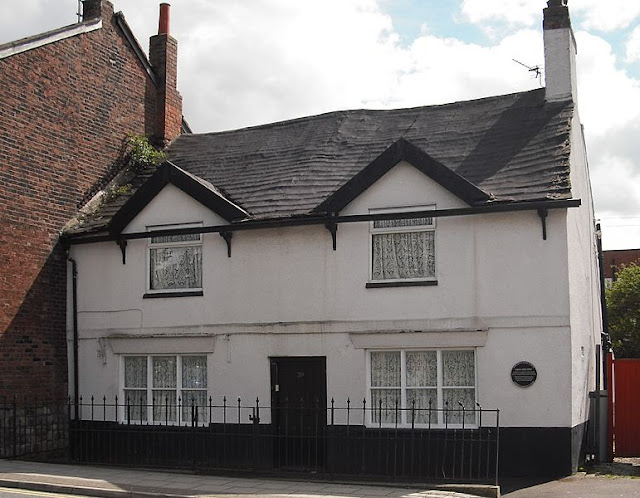 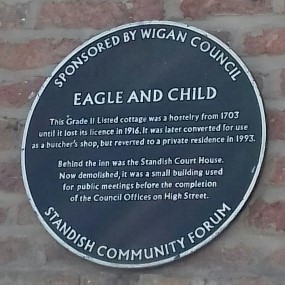 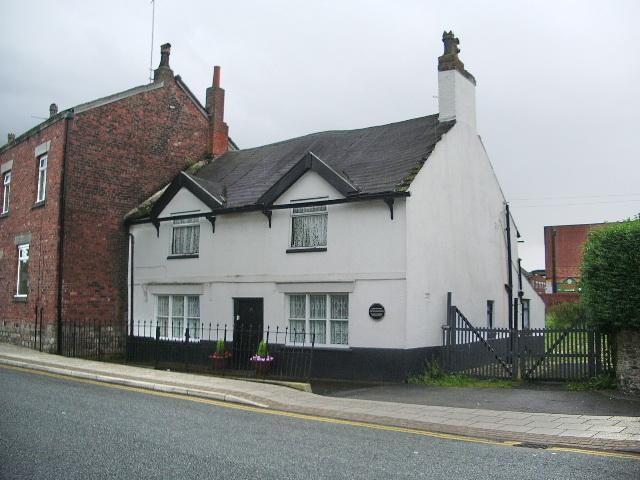 The Inn was to fall to the Licensing Act and was referred for compensation and its licence revoked in 1916. It may have opened again after that time but it closed its doors for business a long time ago and other than the small black metal sign on the wall many people would never know its history.  Pictured below, the Eagle and Child Inn is now a residential property. 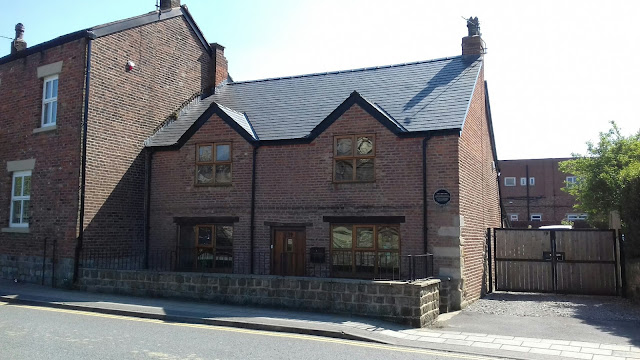