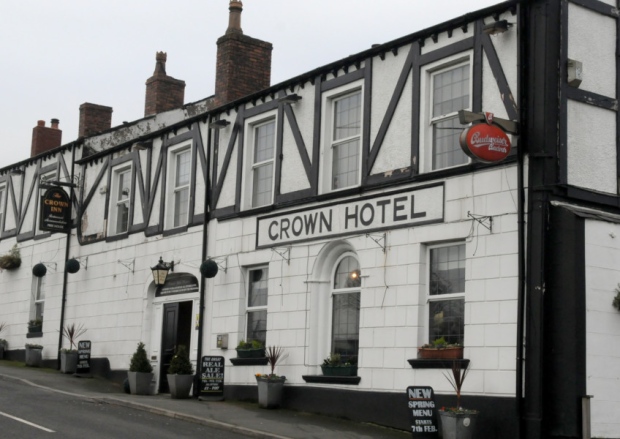 Records for the Crown Hotel or Crown Inn as it was also known date back to the 1860's; there is no record of the Inn on the 1861, 1851 or 1841 censuses.  Hints to the beginning of the Crown are found in the following press article from 1868 when a Henry Atherton applied for a victualler's license for his house: -

Clearly the Crown was already open in 1868 and whilst Henry's application for a victualler's license was turned down this did not put him off as the following article from 1870 records his application, and sadly further refusal for the granting of a spirits license. 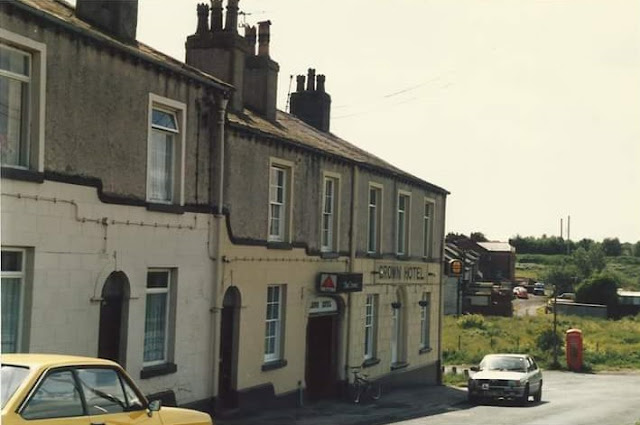 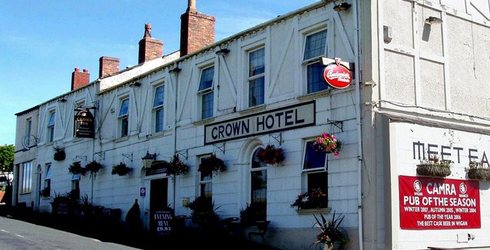 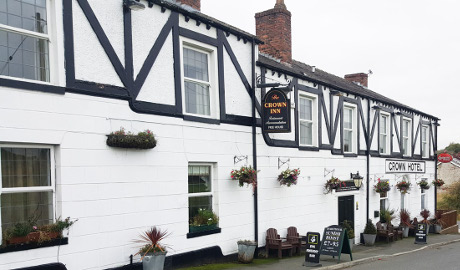 Sadly, the Crown Inn closed for business at the end of 2015 and remains closed at the time of this post.

London Gazette 7th December 2015
Meetings of Creditors
THE CROWN INN (WORTHINGTON) LIMITED
(Company Number 05105149)
Registered office: Platt Lane, Standish, Wigan, Greater Manchester, WN1 2XF
Principal trading address: Platt Lane, Standish, Wigan, Greater Manchester, WN1 2XF
Pursuant to Section 98 of the Insolvency Act 1986 ("the Act"), a meeting of the creditors of the above named company will be held at The Crown Inn (Worthington) Limited, Platt Lane, Standish, Wigan, Greater Manchester, WN1 2XF on 5 January 2016 at 11.00 am. The purpose of the meeting, pursuant to Sections 99 to 101 of the Act is to consider the statement of affairs of the Company to be laid before the meeting, to appoint a liquidator and, if the creditors think fit, to appoint a liquidation committee.
In order to be entitled to vote at the meeting, creditors must lodge their proxies, together with a statement of their claim at the offices of Begbies Traynor (SY) LLP, Kendal House, 41 Scotland Street, Sheffield, S3 7BS, Sheffield.North@Begbies-Traynor.com not later than 12 noon on 4 January 2016. Please note that submission of proxy forms by email is not acceptable and will lead to the proxy being held invalid and the vote not cast.
A list of the names and addresses of the Company's creditors may be inspected, free of charge, at Begbies Traynor (SY) LLP at the above address between 10.00am and 4.00pm on the two business days preceding the date of the meeting stated above.
Any person who requires further information may contact Marie Harrison of Begbies Traynor (SY) LLP by email at Sheffield.North@Begbies-Traynor.com or by telephone on 0114 2755033.
By Order of the Board
Daniel John Prince, Director
Dated: 7 December 2015

23/01/2016 Wigan Observer- Crown at Worthington closes down
One of Wigan’s best known pubs has closed its doors.

The exact reasons as to why the Crown has had to close are unknown, but for many years it has led the way with real ale and fine food including its legendary butcher’s block which brought customers flocking from across the North West. However, back in 2014, Mr Prince, who ran the Crown with his wife Tracy, complained of extremely high business rates.At the time, he was challenging having to pay £2,500 a month and said it made “life extremely difficult.” The businesses rateable value had risen from £26,000 to £65,000 in just six years, while other similar sized businesses had seen a much steadier increase in that time period. Camra is now warning Wiganers that they need to use their pubs or risk losing them.

Mr Worthington pointed to a number of issues facing establishments every day and even said that the annual Dry January project – which sees people give up the booze for a month after Christmas – is adding to the list of problems.“There are a number of reasons pubs struggle,” added Mr Worthington. One is that people can buy cheap booze in supermarkets and off-licenses.Another is things like Dry January, which a lot of people are getting into which can be a death knock for some pubs after the Christmas period when it goes quiet.Rather than going int other pubs, they’re staying at home and pubs are struggling to get an income in. There is something now called Tryanuary which encourages people to try breweries and pubs otherwise this sort of thing can happen.A lot of people are moving towards micro-pubs, a lot of which are opening in Wigan.We are telling people to use their pub or risk losing it.”