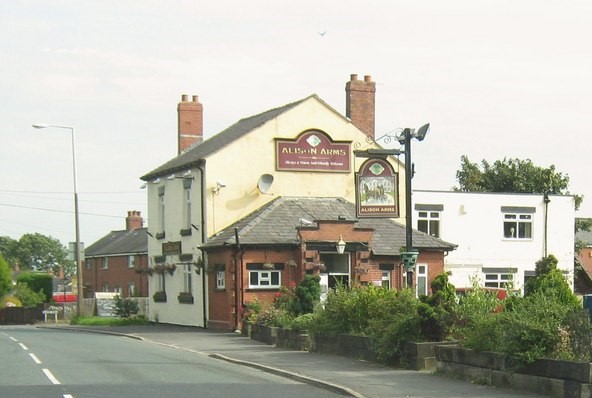 
The Allison Arms was very much in the news in August 1873 with the landlord's son, Henry Wilson going before the Magistrates on a charge of fighting...it ended well though, as he was acquitted. 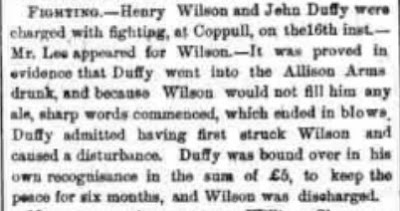 Landlord in 1871 and 1881 George Wilson grew up in the Black Lion Inn at Heapey where his parents, George and Betty Wilson were running the farm and Inn. He was living in Longton in 1851 working as a Master Wheelwright and by 1861 he was living with his wife Betsy in Coppull Moor a few doors down from Ralph Platt who was running the Alison Arms.


Fellow Wheelwright's John and Tyson Wilson listed above were both brothers of George who continued to run the pub until his death in 1889.

Chorley Citizen Wednesday 22 October 2008
The mystery of the UFO sighting over Coppull earlier this month has been solved - they were Chinese sky lanterns from a nearby birthday party.Last week the Citizen reported how local man Simon Latham, 40, spotted four silent lights in the sky as he was walking down Park Road in the village. His mother also witnessed the strange goings on and after the story was printed we received several comments on our website backing up the sighting.
However, Cheryl Finch, 22, also contacted the Citizen to say that she was the unknowing culprit and the UFOs were, in fact, Chinese sky lanterns that were released to coincide with the arrival of her mother, Pat, for the 50th birthday bash, which took place at the Alison Arms in Preston Road. She said: “It was my mother’s 50th birthday so we wanted to do something special. We had seen the sky lanterns at the Southport Firework Show and were actually warned that some people mistake them for UFOs because of the way they move in the air and the fact they make no noise.
“We were joking that some people may think that ours were UFOs but it was only when we read the Citizen and the website that we realised some people had.”
Cheryl, who works as a support worker at Preston Prison, organised the party with her sister Katie, 17, and brother Mark, 24. Karl Davies, landlord at the Alison Arms, said: “We all thought it was hilarious when we saw it in the paper but you can see why people thought it might have been a UFO.” 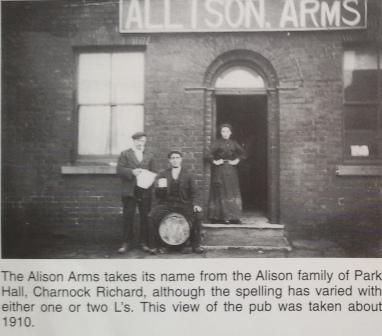 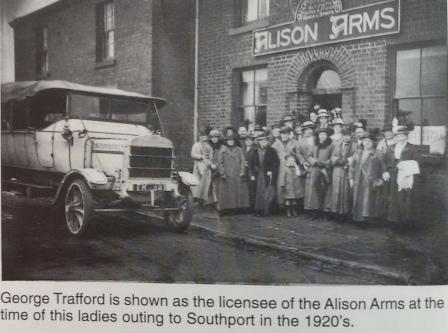 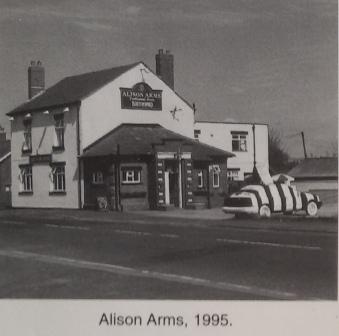