The King's Arms is one of Horwich's long-forgotten taverns, having ceased to exist over a century ago.  It was located on Lee Lane opposite the old Post Office immediately next door to the Crown Inn; the buildings can be seen at that location on the maps shown below on this blog from 1845 onwards.

Two years after Thomas' death Robert Elliott was running the Inn confirmed by the marriage record below and subsequent 1881 census.

The 1905 directory does not list the King's Arms and the previous landlord, James Meadows is recorded as a beer retailer at the Victoria Hotel on Chorley New Road, so I suspect the King's closed its doors for good between 1901 and 1904.


Maps of the area as late as 1938 still show buildings next door to the Crown so I suspect it was demolished post WW2 and has now been replaced by the car park at the rear of the Crown. 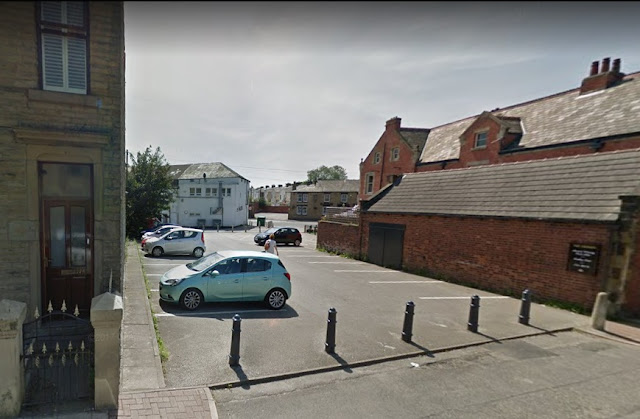