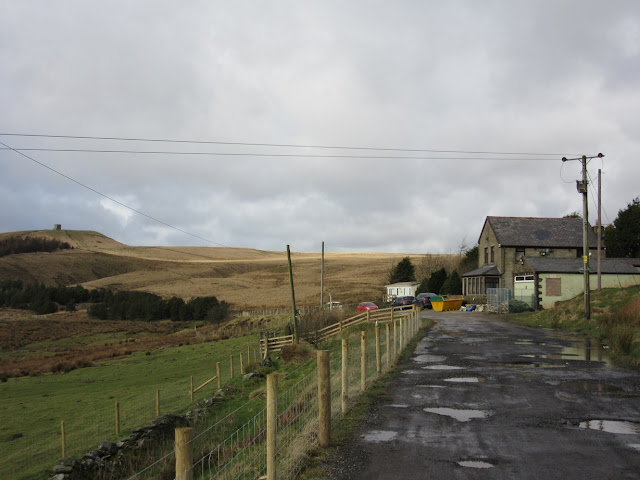 Horwich's origins began as a hunting chase in mediaeval times for the Barons of Manchester. Horwich continued as such until the 17th century, although the amount of woodland was reduced for house building and for fuel. The Sportsmans' Arms appears today to have been in an extremely isolated location on George's Lane, a far cry from any other residential properties but it's proximity to the Pike and vast expanses of moorland made it an ideal hostelry for the rich participants of the chase.

This area of land was known as Wilders Moor and it comes as no surprise that the landlord in 1841, James Ratcliffe was a farmer, first and foremost. He was listed as such on subsequent census records and when he finally handed over the keys in the late 1860s the next census records William Kershaw as a farmer of 20 acres as well as a publican. 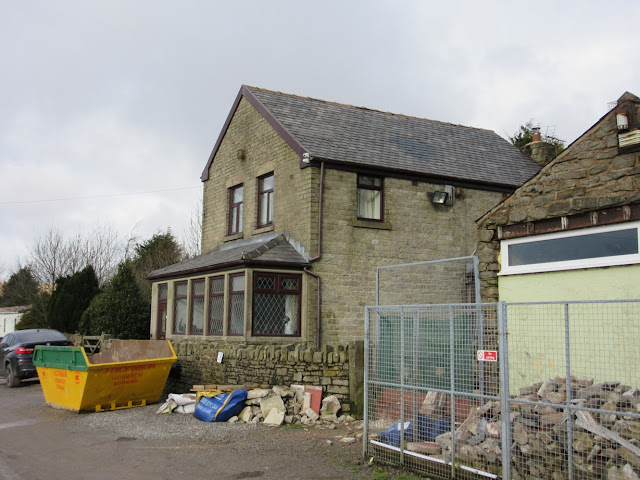 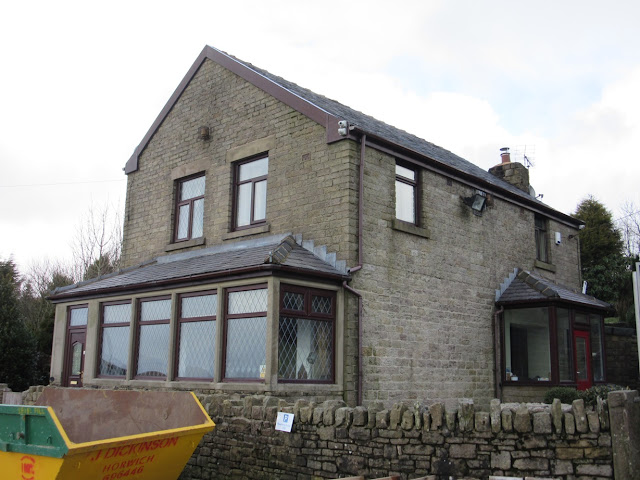 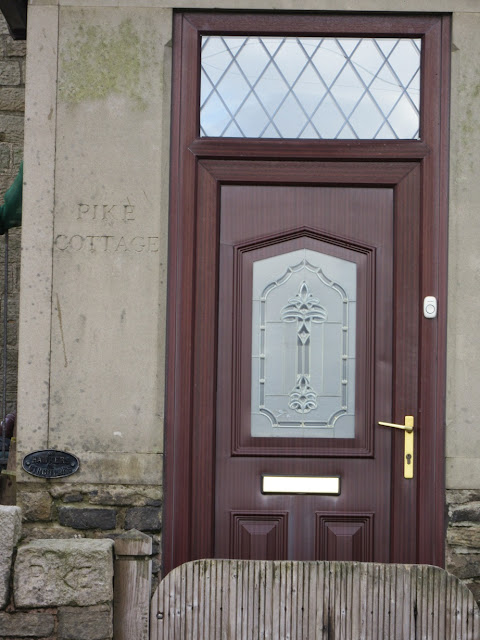 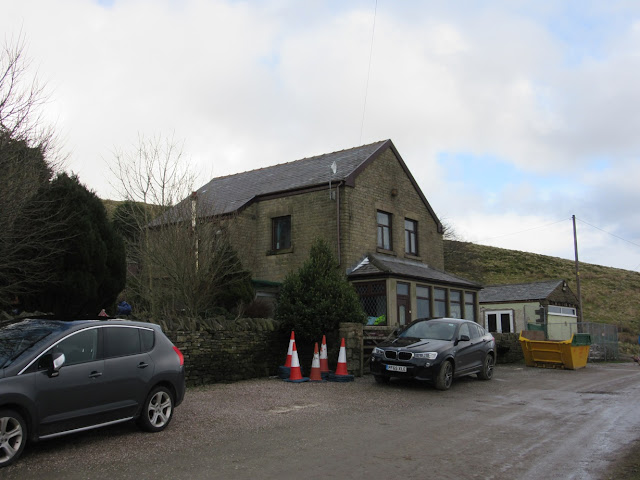 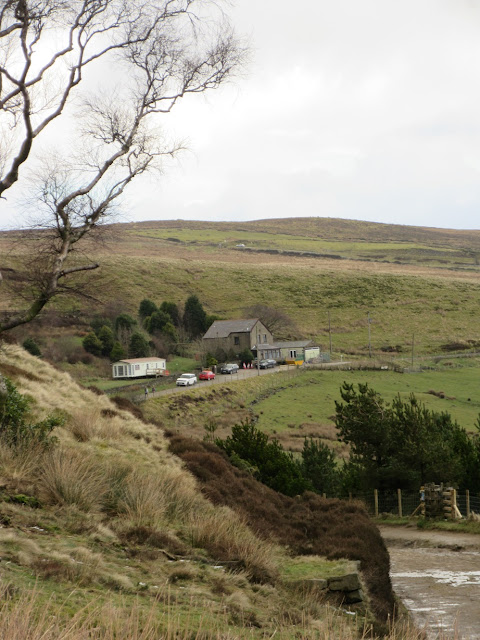 Between 1907 and 1927 the building was either demolished or redeveloped, and in its place was built Pike Cottage, which remains to this day. 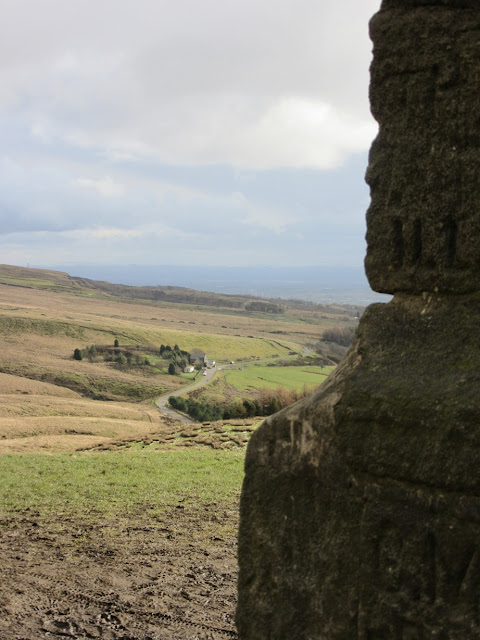 Good Friday...The Pike Fair.
Good Friday at Rivington Pike is either a nightmare or a pleasurable annual event, dependent on how you see things. For me, it’s a nightmare yet I still keep going back every Good Friday … and now I even go with my grandchildren! Good Friday is the day of the “Pike Fair”. On that day each year, the “fair” arrives at the Pike along with hot dog vans, children’s entertainment’s complete with bouncy castles and tacky stalls selling all sorts of things that we don’t really want. At the end of the day when all the traders have gone, the Pike area looks something like a giant rubbish dump. It must be the only “fair” in the country to be held near the top of a fairly inhospitable hill whatever the weather! Nobody really seems to know when the Pike Fair originated, but it is undoubtedly of fairly ancient origin, possibly dating from the Middle Ages. It used to be held at the Whitsuntide weekend and in the early 1800’s the fair seems to have been a rather rowdy event and - according to a local newspaper – the road round the Pike was filled with “nut stalls and drinking booths”. Add to this, the proximity of the public house, the Sportsman’s Arms, just a few hundred yards from the Pike and it must have been quite a lively spot especially as the festivities lasted from the Saturday morning, through the night, through the Sunday finally closing on the Monday! Sunday was the day when people from all around always walked to the peak of Rivington Pike – and still do. After The Sportsman’s Arms lost its licence the fair seemed to calm down and local interest in it began to wane. An article in the Bolton Chronicle of 1884 commented that, “Pike Fair has lost much of its rowdyism since the removal of the public house licence”. The fair was moved to Good Friday in 1900 and since that time the numbers of stalls and visitors have fluctuated wildly decade by decade. According to one article I have read, it would seem that things were fairly quiet in the 1930’s and 40’s but by the 1960’s, crowds of over 50,000 were reported (along with increasing crowd and litter problems).

Bolton News 12th August 2017
Why drivers are a hazard on the West Pennine Moors around Bolton by Lynn Ashwell
I would like to bring to you attention another issue becoming evident on the West Pennine moors. In addition to the fly tipping, littering, dog fouling and the dumping of spent cannabis plants can now be added dangerous driving.
The fences and dry stone walls on George's Lane to the Sportsman's Cottage now have four areas of impact damage caused by vehicles leaving the road. It is not unreasonable to assume this damage was caused by excessive speed. This road is extensively used by walkers, cyclists and horse riders and it is surely just a matter of time before a serious accident occurs.
This is just another example of this wild and beautiful area being abused by unthinking and uncaring individuals. Let us all hope these activities can be curtailed before the area is turned into an eye sore and someone is seriously injured. 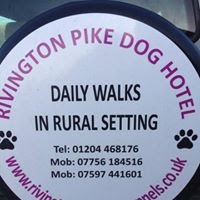 For a short period Pike Cottage was the home of a dog kennels but has now reverted to residential use.