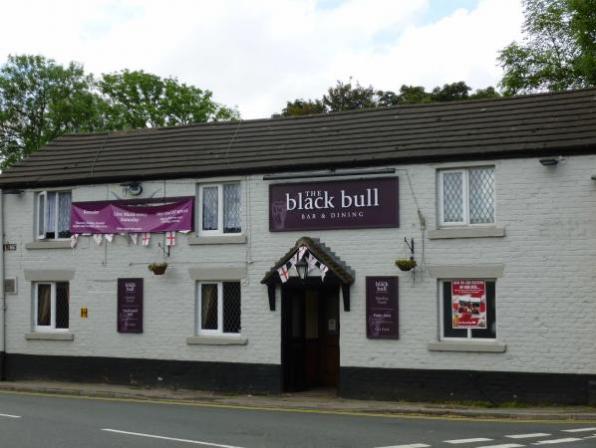 The Black Bull opened some time in the early 1850s and was in business for over 150 years before it was finally closed in 2015.  This was a beer house and not a public house so not licensed to sell wines or spirits in the 1800s. It has now been demolished to make way for new development. 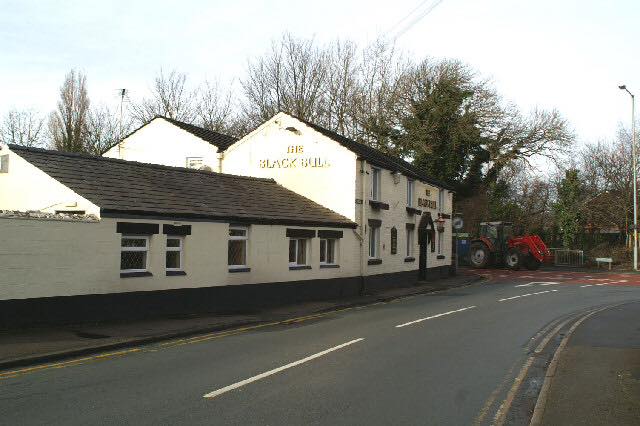 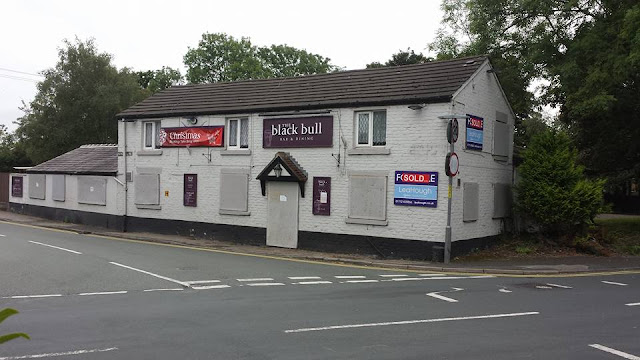 Nine new homes planned for site of bulldozed pub Black Bull, Leyland
Published: 16:57 Tuesday 22 December 2015
Planning councillors will decide in the new year if the site of a once popular pub can be transformed into nine new homes. The Black Bull Inn, School Lane, Moss Side, has now been demolished. An application has been submitted by Southport-based Hobwood Limited for one three-bedroomed dormer bungalow and eight four-bedroomed houses and 18 car parking spaces. Councillor Michael Green, ward councillor, said the loss of the closed down pub “from a local perspective is sad in some ways”. He added: “The Black Bull was always known as a local landmark. People would refer to it as ‘turn left at the Black Bull and get off the bus at the Black Bull’. But unfortunately the pub had its problems. It had a series of landlords and was no longer trading as a pub. “An application to knock it down was submitted. We’re looking at the application for the new housing. I’ve had some views from members of the community and issues referred to me. Some people are not happy with it being nine houses - they think six or seven would be better. They’re concerned about the impact on the street scene and sight lines. Where the pub was on School Lane where it meets Dunkirk Lane, the sight lines there are never particularly good. The pub was on the very edge of the road.” Councillor Green continued; “There used to be a bus shelter there that’s been removed. People are asking for that to be reinstated. “The developer has been going round speaking to people and he has spoken to me as well, which is helpful, because it puts us in the picture. A small development in keeping in the area could give some benefits, together with the better sight lines and a bus shelter. He continued: “If anybody does have any views they can attend the planning committee and speak. Or they can approach me or write in to the council.” James Tattersall, MD of Hobwood Developments, said: “We were advised it could be eleven developments, so we’ve already reduced it. I’ve been round to all the neighbours near the bus stop and they say they don’t want a shelter because it was a congregating point for young people making a nuisance. “I haven’t had any negative comments and I think it’s been appreciated I’ve been round. “We’ve made some changes to the plans and met planning officers beforehand to discuss an alterations because we want it to be an appropriate development and as such as we can have the support of the local community.” He added that improvements would made to the sight lines, with hedge and tree planting.
Read more at: www.leylandguardian.co.uk