Like many pubs of the same name the Horseshoe Inn was originally the Smithy (Blacksmith's) located at the junction of Wigan Lane (to the south), High Street (to the north) and Grove Street (to the east).  The map below, drawn up around 1845 confirms it's location.


It was a beer house and not a licensed public house no doubt due to the main business being the smithy. 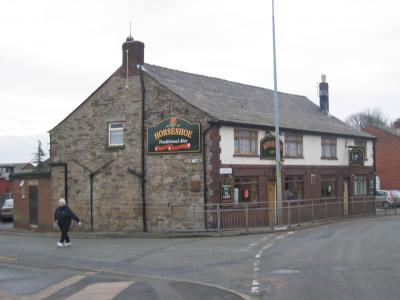 Charles Leigh took over the Smithy in the 1850's and the family then ran the business for the next 50 years or so, his son Thomas and later Thomas' widow Mary taking over. 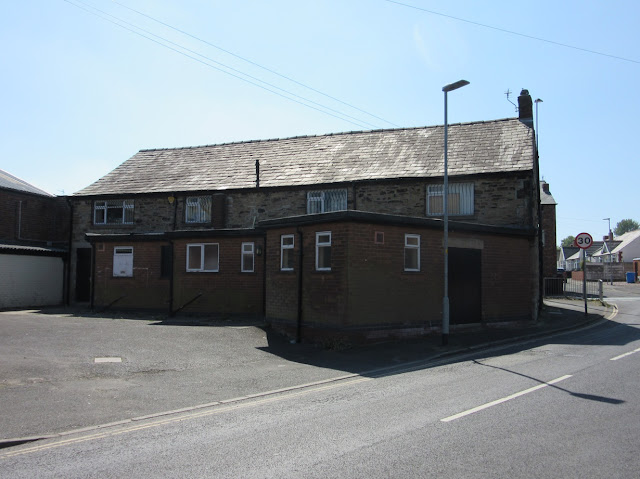 Pictured below is the old smithy section of the Horseshoe Inn in the early 1960's when it had been rented out as a garage. On 8th September 1962 an HGV failed to take the bend and hit the building causing extensive damage to the structure (see further down). 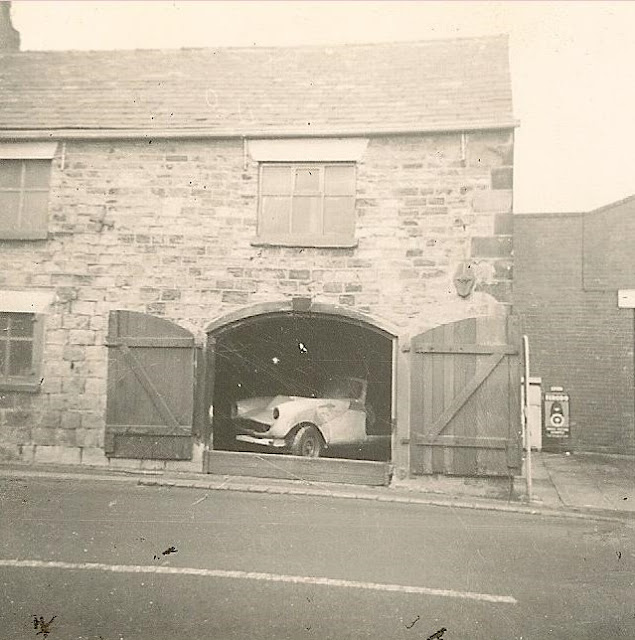 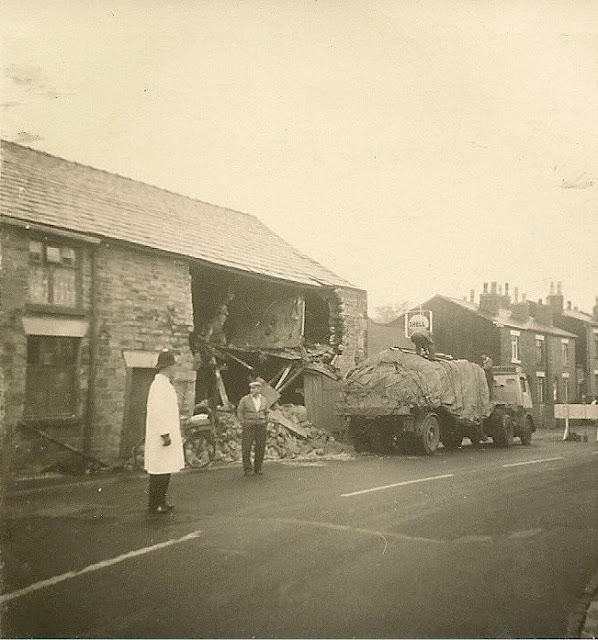 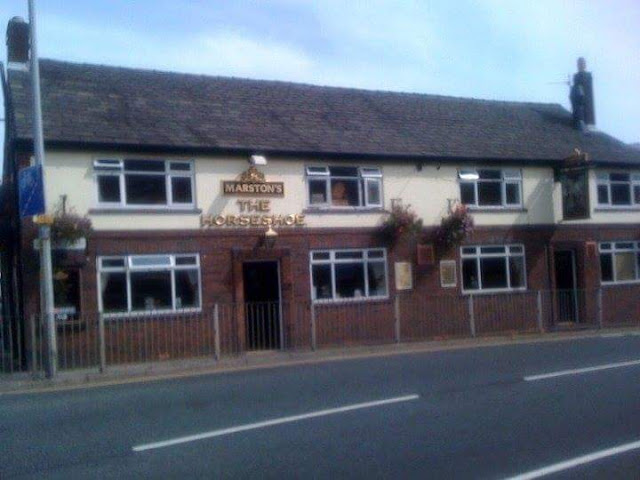 More recently the Horseshoe was a Marton's Brewery pub but in the earlier part of the 1900's it was run by the Burtonwood Brewery Co. and before that J.B.Almond's of Standish.

All the above had full licences except the Horse Shoe and the White Duck which were beer houses. Almond’s had many other houses in the district: in Ashton, 7 pubs and 4 off licences; in Billinge, the Forester’s Arms; in Dalton, the Ashurst Beacon Inn; 3 pubs each in Hindley, Ince and Orrell; the Bowling Green Inn at Digmoor; the Scarisbrick Arms in Wrightington; and no less than 10 pubs and 3 off licences in Wigan, including the Cherry Gardens and Buck i’th’ Vine. 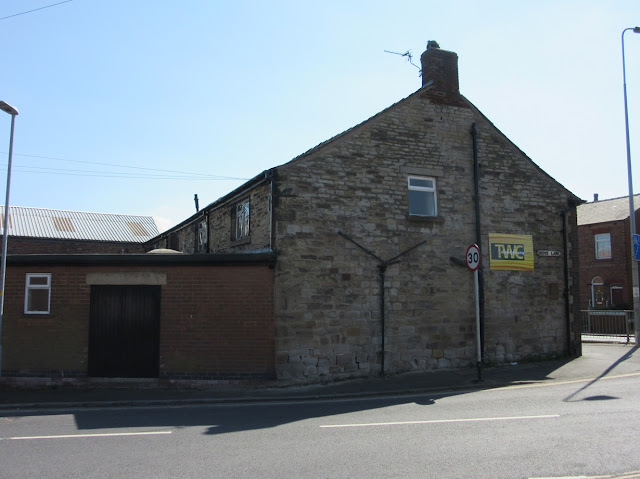 Wigan Observer 13th January 2012
David William Darwen, 26, of Longbrook, Shevington, pleaded guilty to assaulting the landlord of the Horseshoe Inn, Standish, and using threatening behaviour when he appeared at Wigan Magistrates’ Court on Tuesday. Jayne Kearsley, prosecuting, told magistrates that on July 22 last year, Darwen was at The Horseshoe Inn, in Wigan Road, with his girlfriend Naomi Walsh and felt there was a “bad atmosphere” and he wanted to leave. He went outside and when Miss Walsh did not follow, he grabbed her by the waist and took her outside, which he admitted could be seen as threatening behaviour. Drinkers at the pub and the landlord, Christopher Jones, followed and an altercation occurred. Mrs Kearsley said: “When outside a woman grabbed him and kicked him and he pushed her away. “The landlord attempted to restrain the defendant who was kicking and punching in every direction. “One punch landed in Mr Jones’ stomach and caused soreness and redness. “Witnesses said he headbutted wooden tables and the floor, but the defendant did not remember this,” Mrs Kearsley added that Smalley had one previous conviction, but had not been in trouble since 2004. Bob Topping, defending, said that Darwen had mental health problems and is seeking treatment. Darwen was given a conditional discharge for 12 months and was ordered to pay £150 compensation to Mr Jones and £85 court costs.

Following closure of the Horseshoe it has been reopened by TWC (The Wiper Company) as a business and is no longer a public house. 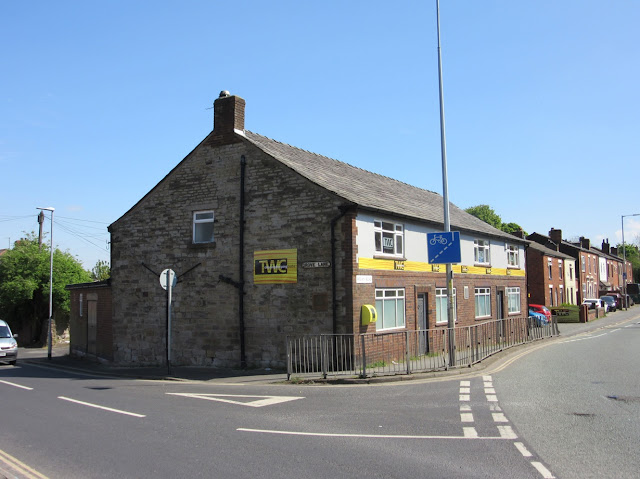