The Ram's Head Inn dates back to 1640 and is situated on what was once known as the "Turnpike" road heading from Tarleton south towards Liverpool. It was originally a farm house and during the 19th century landlords held a number of roles including farmer, publican and postmaster. Due to its location and stabling it was used as the main posting inn for the area as the 1845 map below attests but over recent decades has seen a number of reincarnations (and extensions) housing a Mexican, American and finally an Indian restaurant, the Bay Leaf, which finally closed in 2007 leaving the property empty and derelict for a number of years.

Early references are made to Innkeepers at the Ram's Head on this page through birth and marriage records from St Mary's church in the village taken from the Lancashire Online Parish Clerk's website.

20 September 1834 - Preston Chronicle - Preston, Lancashire, England
Auction of the Ram's Head Inn
All that excellent, commodious, and well-accustomed Inn, known by the name of the Ram's Head, in Tarleton, in the County of Lancaster, with the Brew House, Barn, Stables, Shippons, and other Outbuildings thereunto belonging.

Originally a free house the Ram's Head was taken over by Matthew Brown & Co. Brewery and became what was referred to as a Lion pub. There was a tea room at the back and an ice cream kiosk on the car park during the 1950/60s.

A History of the County of Lancaster: Volume 6. Originally published by Victoria County History, London, 1911.
The Ram's Head Inn, a long, low, yellow-washed group of buildings at the south end of the village, was a house of some importance in the coaching days, and, though much modernized, still presents a somewhat picturesque appearance. Over the door is the inscription 'H. L. 1640,' and in one of the out-buildings facing the road is a stone with the initials 'H. L.' and the date 1714. This advert in a Lancashire newspaper dates back to the 1870s and makes reference to the Inn, advertising the services of a stud called England's Glory who was making  profitable tour of the area: -

The Property of Mr. JOHN EDMONDSON, Farmer, Horton, Extwistle,
NEAR BURNLEY, LANCASHIRE
Will serve a limited number of Mares this season at Two Pounds each Mare and Five Shillings the Groom. The Groom's fee to be paid the first time of serving, and the remainder on or before the 20th day of June next, to the Groom, for which he is accountable.
"ENGLAND'S GLORY" is now rising three years old stands sixteen hands three inches high, and is a beautiful bay, on very short clean legs, with plenty of bone and of great substance, and of immense power, a splendid mover, and likely to make a first-class horse.
"ENGLAND'S GLORY'S" ROUTE
(IF HEALTH PERMITS.)

MONDAY.
- Leaves his own stable for the Boot Inn, Burnley, till 3 o'clock; thence through Padiham to the Swan Inn, Whalley, all night.

TUESDAY MORNING.
- Whalley to the Bull's Head, one hour; thence to the Victoria Hotel, Blackburn, all night.

WEDNESDAY.
- Leaves Blackburn at 2-30 by rail to the Buck i'th Vine Inn, Burscough-street, Ormskirk, all night.

THURSDAY.
- Leaves Ormskirk when market is over, thence to Mr. Edge's, the Bull and Dog, Burscough, one hour; over Burscough Bridge to Mr. Henry Hirst's, Rufford; next to Mr. Thomas Ashcroft's, Rufford, all night.

FRIDAY M0RNING.
- Leaves Rufford, through Sollom. to Mr. Richard Howard's, the Ram's Head, Tarleton, two hours; over the Bank Bridge to the Black Horse, Hoole, one hour; then to Mr. James Wilkins, the Golden Ball, Longton, all night.

SATURDAY MORNING.
- Leaves Longton for the Anchor Inn, Hutton; to Mr. Sutton's Penwortham; next to the Golden Cross, Preston till five o'clock; thence by rail to Burnley, to his own stable. To remain until Monday morning.
Any mare tried by this horse and not coming forward to be served will be charged the full season price, unless by consent of the groom.
PRINTED AT THE "CHRONICLE" STEAM PRINTING WORKS, FISHERGATE, PRESTON


Richard Hornby, landlord of the Ram’s Head Inn, Tarleton, was summoned for having his house open on Sunday morning, the 30th August, in contravention of his license.
10 October 1868 - Preston Herald - Preston, Lancashire, England 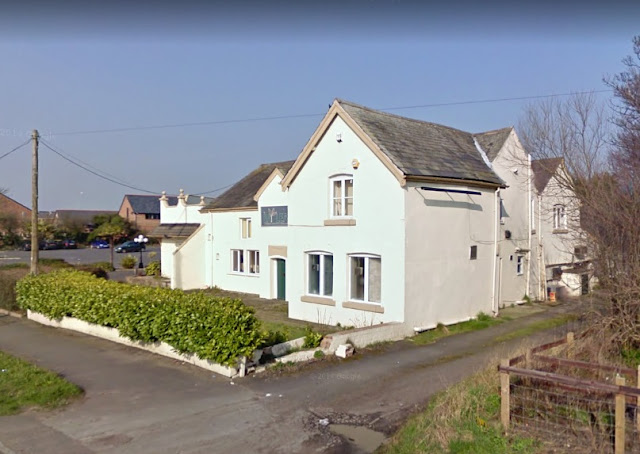