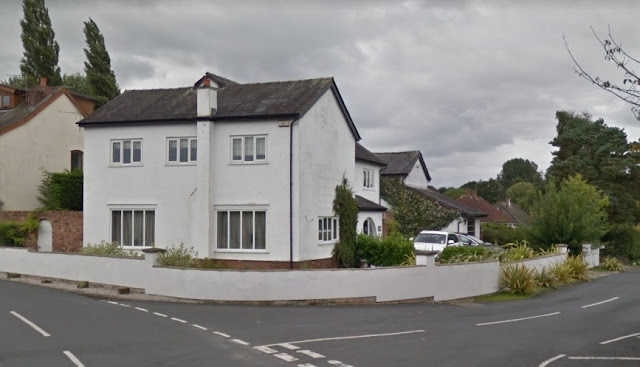 The Clyde Arms was was located on Ridley Lane on the corner with Dark Lane and Back Lane (now Bradshaw Lane). These days it is a private residence called "The Clyde" the pub having closed its doors to trade many years ago. There is a building located at the junction on the 1845 map below but no reference is made to this being a tavern.  It was not until 1908 that the Clyde Arms appeared on mapping records although it was operating as a beer house long before that time.

After William Mawdsley's wife Margaret died in 1911 he remarried, as shown on the Archives record below: -

William died in 1934 and whilst I don't know how long he remained at the Clyde Arms the hotel was still open and occupied by the family in 1929, as the following marriage record for his step-son confirms: -

Details recorded on the Leyland Historical Society website provide further insight into the pub's history and suggest it eventually closed after WW2.

Broadfield Arms
Where Broadfield Arms is situated there was an old farmhouse called Baker's Farm, which was badly damaged during the war in 1940 by a bomb.
When the public house was built, it was the law that new pubs had to take over the licence from a pub that had closed, hence the present day drinkers of the Broadfield Arms have the disfranchised patrons of the Clyde Arms, Dark Lane, Mawdesley to thank for their place of refreshment.