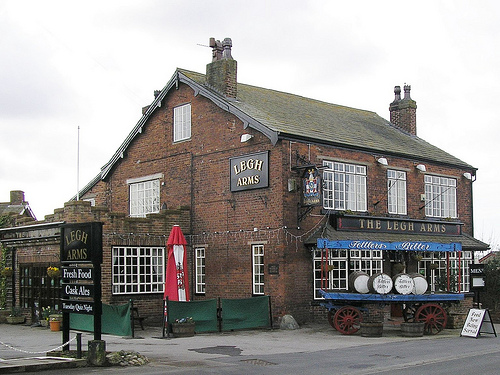 The Legh arms started life as the Horse Shoe Inn as shown on the 1845 map below and was the home of Richard Molyneux and his family. Richard was the local blacksmith so the original name of the beer house is not surprisingly linked to his main business. Sometime in the mid-late 1840s the building we know today was built adjacent to the Smithy and by the 1851 census had been renamed the Legh Arms. Richard Molyneux was still there but is recorded on the census as a farmer of 24 acres and it is his wife Alice who is recorded as the Innkeeper.

At this time Sir Thomas George Hesketh of Rufford Hall and George Anthony Legh Reek Esq. of Bank Hall in Bretherton were the joint lords of the manor, and proprietors of the parish hence the renaming of the Inn. A court leet is held in Tarleton annually by the joint lords, at the Ram's Head and Cock and Bottle inns alternately.


02 July 1853 - Preston Chronicle
FOUND - A yellow and white Spaniel. The owner may have it by paying expenses, on application to Mr. Richard Molyneux, Legh Arms, Mere Brow, Tarleton. If not claimed in ten days it will be sold. Mere Brow, June 28th, 1853.

26 August 1854 - Preston Chronicle
On Wednesday last, the members of the Holmes (Tarleton) Cow Club, assembled at Mr. Rd. Molyneux's, the Legh Arms Inn, Mere Brow, Tarleton, for the purpose of presenting a testimonial of their esteem to Mr. Richard Thornton, of Croston.

An excerpt from the Mannex Directory of 1854
The parish of Tarleton is not divided into townships but is separated for parochial purposes into the three divisions of Tarleton, Sollom, and Holmes. Tarleton is a large and respectable village, pleasantly situated on a branch of the Leeds and Liverpool canal, and near the western branch of the Douglas, 9 miles S.W. from Preston and Sollom is another good village, 10 miles S.W. of the same town. The Holmes is a district of dispersed dwellings, except the hamlet of Mere Brow, where a good inn has just been erected. There is also an excellent inn between Tarleton and Sollom, on the Preston and Liverpool road, and another in the village of Tarleton. A fair for pedlery is held here annually on the 23rd and 24th of April, under a charter granted by King William Ill., to Thomas Fleetwood, Esq. of Bankhall, of the date of the 22nd of March,1700, and appointed to be held upon the site of Martin Mere with Tarleton. A further charter for two other fairs, to be held yearly on the 23rd of September and the 23rd of October, was granted by the same monarch, to Mr. Fleetwood, but these have not been held for several years. An old custom of electing a "mayor" yearly is still practised in this parish. 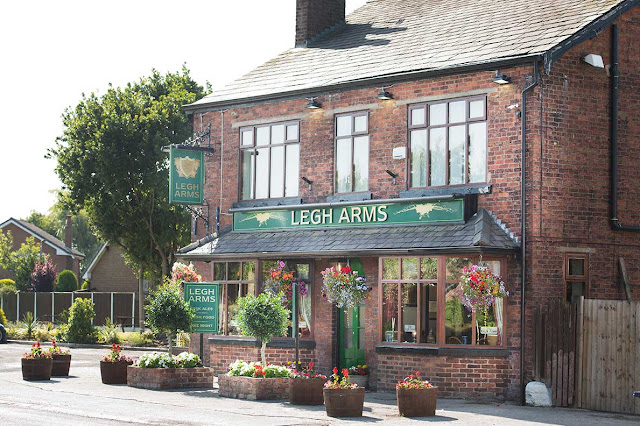 Between 1854 and 1858 the Inn changed hands and was taken over by William and Margaret Woodcock.


Margaret Woodcock died in 1875 and William Taylor and his wife Alice then took over behind the bar. 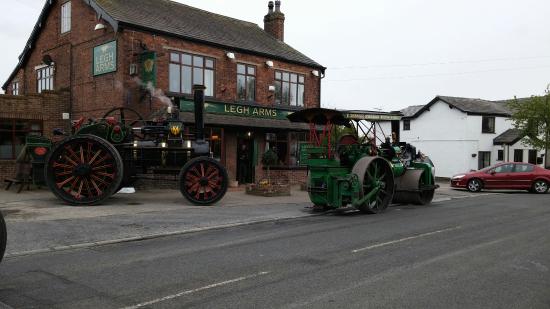 William died a couple of years later in 1879 and Alice remarried in 1880 to a Peter Wright and together they ran the business together until Peter died in 1890. 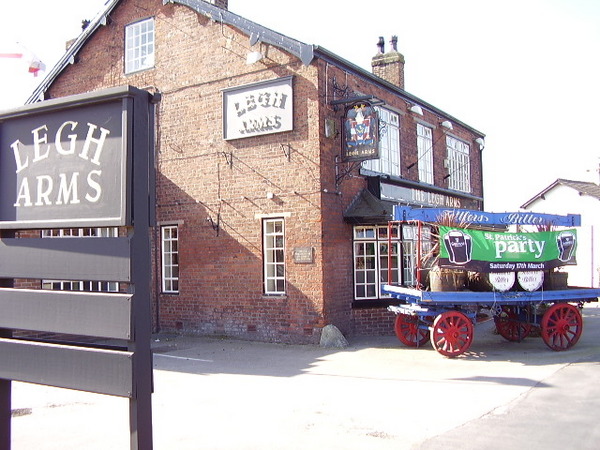