The Fleece Inn dates back to the 1700s and is the oldest surviving Inn in Penwortham.  Back in the 18th and 19th centuries it shared business on the main thoroughfare with the Farington Arms Inn, which was only a stone's throw up the road towards Preston, on the junction with Cop Lane adjacent to the water tower but this premises has long-since gone and was demolished sometime in the later 1800s.

The Fleece Inn
The Fleece Inn with cottage and workshop attached to the west: Grade II Listed Building of 18th Century origin that were characteristic of the area, called Penwortham End. The building is constructed in brick, with roughcast cream render and has been altered significantly over time. The roof is slated with a gable chimney and three ridge chimneys. The cottage has a central door and two sash windows with glazing bars on each floor. The Workshop has a square window with glazing bars at the first floor, three altered windows and at the back a wagon door with wooden lintel and slightly arched brick head. The cottage is two-storeys with a black painted cement quoin patterns at the left end to the main door, which is in the second bay. The Inn has five three-light casements on each floor, those at the left end set higher and having a gabled dormer. All have painted cement surrounds, with wavy heads at the ground floor. The rear of the cottage has a board door, a square window next to it, and a two light sliding sash at the first floor. The rear of the inn has various modern extensions. The interior of the Inn and its roof are entirely modernised, except for one ovolo moulded beam in the cellar.
(thanks to South Ribble Council Conservation Area report 2013)

The earliest recorded landlord at the Fleece was John Eccles. He was a Blacksmith by trade as many Innkeepers were at this time, the main mode of travel being driven by horses.

By the 1835 register he had moved on and was living at Mill Hill Farm. His son John followed in his father's trade but did not take over at the Fleece. John's successor was William Mossman, a Scotsman who moved down to Penwortham with his wife and family. Sadly his wife died in 1845 and he then relocated to smaller premises, the Plough Inn on Pope Lane. 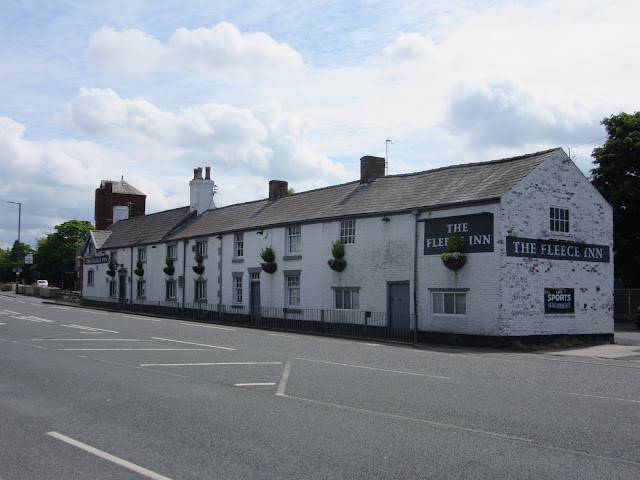 A Richard Breakell can be seen living next door to William Mossman on the enumerator's route in 1841; he was the landlord of the Farington Arms Inn. Following William's departure Thomas Carlisle, a farmer from Howick had taken over behind the bar by the 1851 census. 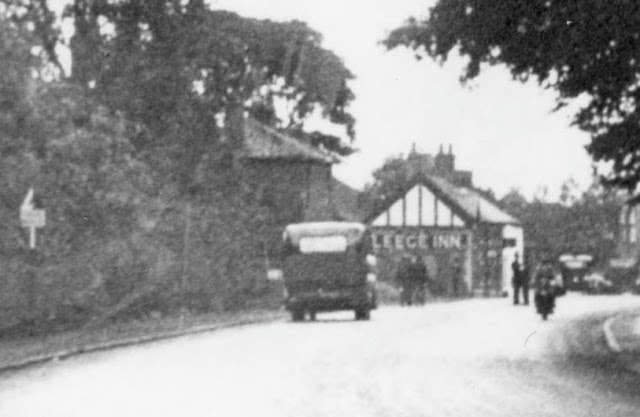 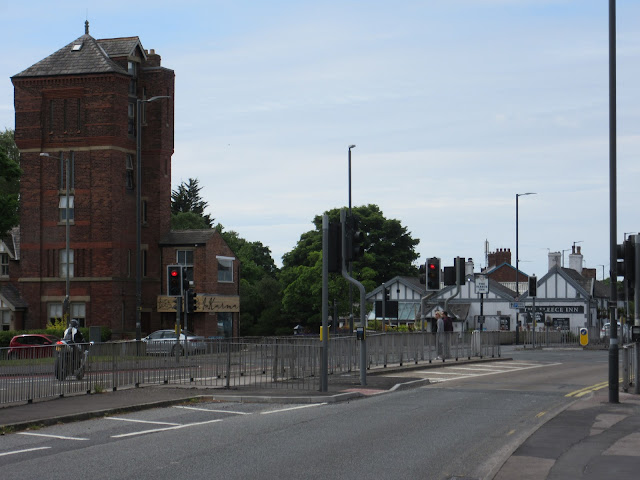 Next door on the enumerator's route to The Fleece Inn was the Farrington Arms, ran by Hugh Breakell (son of Richard, the previous landlord).

LOCAL INTELLIGENCE
Oak Lodge of the Independent Order of Oddfellows met at their lodge rooms, the Farington Arms Inn and the Fleece Inn, Penwortham, for the purpose of having their annual procession.
11 June 1864 - Preston Chronicle - Preston, Lancashire, England

The Fleece, like many Inns in the 19th century was used for a multitude of events and really was a public house in the truest sense of the word, playing host to auctions, Coroner's Inquests, and meetings of local societies such as the Oddfellows and Sick and Benefit Society to name but a few.

Dark Bay PONY, middle age, about 12 hands high. The owner may have the same by applying at Mr. Wm. Sutton's, Fleece Inn, Penwortham, and paying all expenses. If not claimed within 14 days from this date, it will be sold to defray expenses—Penwortham
23 December 1865 - Preston Herald - Preston, Lancashire, England

Prior to taking on the Fleece, William Sutton had run the Black Horse in Much Hoole and following his arrival the Sutton family were to run the Inn for the next 65+ years. Like his predecessors William was both Innkeeper and a Farmer.


Railway Accident near the Preston Station.
He was member of the Sick and Benefit Society held at the house of Mr. Sutton, the Fleece Inn, Penwortham, many years ago, but some peculiar circumstances arose...
16 October 1869 - Preston Herald - Preston, Lancashire, England 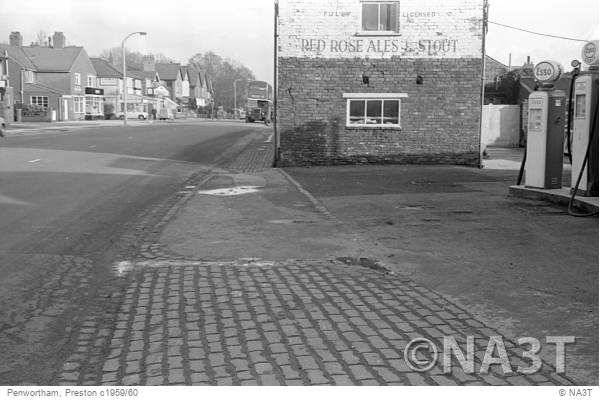 DEATH FROM HYDROPHOBIA
The coroner, Mr. W. Gilbertson held an inquest at the Fleece Inn, Penwortham, touching the death of Peter Green, gamekeeper, who died from the after effects of a dog bite.
26 March 1881 - Preston Chronicle - Preston, Lancashire, England 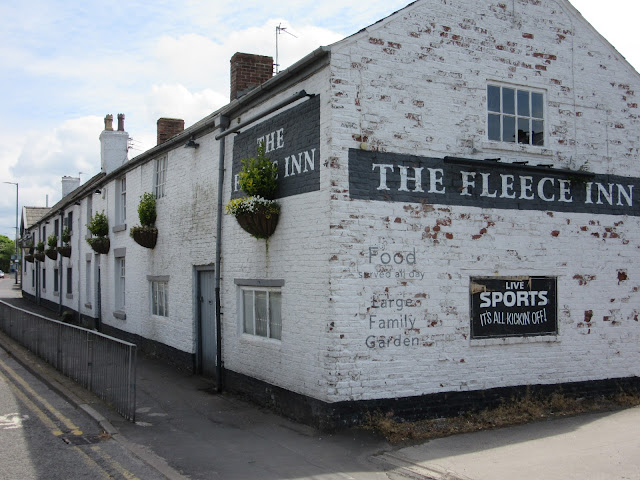 AUCTION
At Three o’clock in the afternoon, the following FREEHOLD PROPERTY in Penwortham
Lot 1. The FLEECE INN, Penwortham. A fully licensed and free Public-house on the south side the Liverpool road, with Land adjoining.
30 May 1891 - Preston Herald - Preston, Lancashire, England

By 1891 William was nearing 70 years of age and the day to day effort of running a busy public house was clearly beginning to take its toll and the business was put up for auction as the records above attests albeit the business did not change hands at this point.

Following William's death in 1896 his daughter Martha Jane Sutton then continued to run the pub until the middle of WW1 when she died. 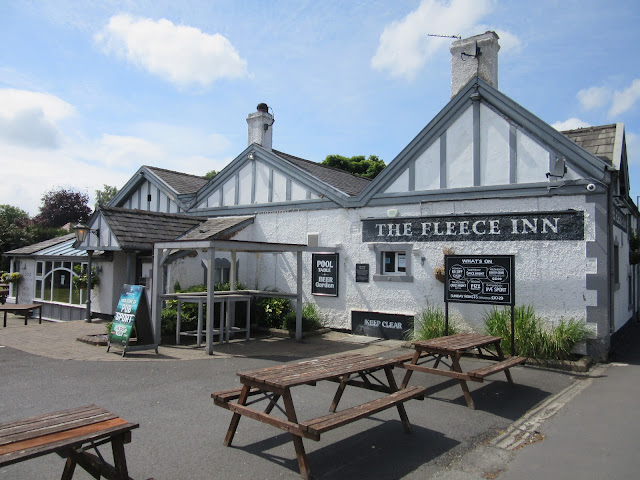 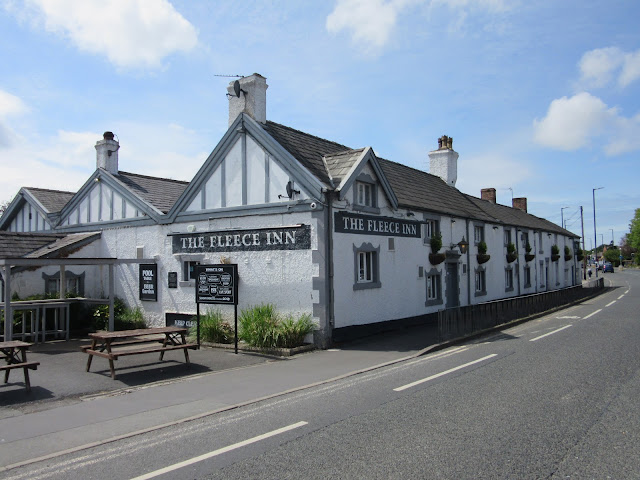 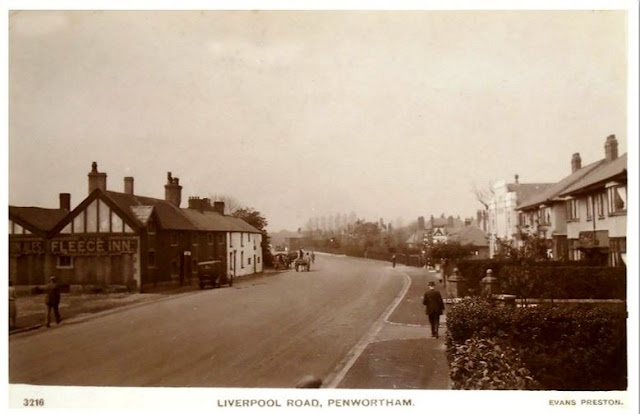 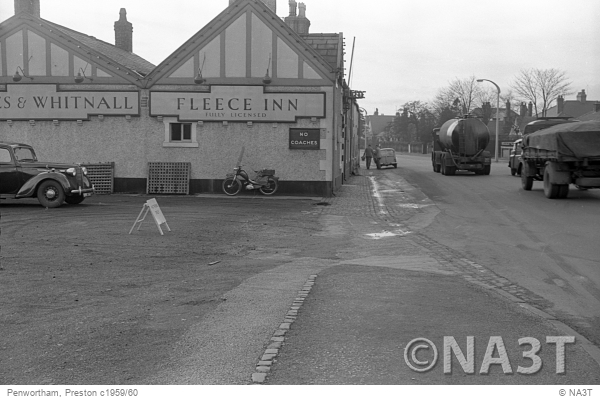 Application was made to sell liquor on the field during the Show on August 20. Mr. William R. Strickland of the Fleece Inn, Penwortham, made the application Chief Superintendent F. Hogg pointed out, “The boundary line runs through the field"...
18 July 1952 - Lancaster Guardian - Lancaster, Lancashire, England 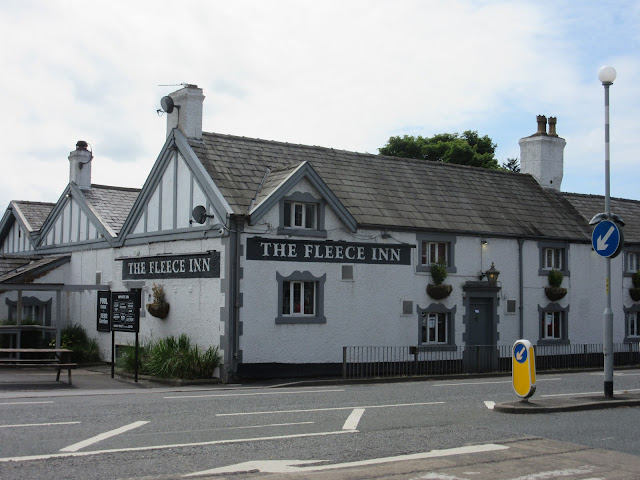